9% Festival Tax To be Implemented In Vegas This Fall
Advertisement Festival season. Each year, thousands of us spend hundreds of dollars pre-purchasing tickets to festivals like the Electric Daisy Carnival, Paradiso, or Burning Man. It’s not a cheap venture, especially for those attending more than one. The state of Nevada has just passed a “live entertainment tax” of 9%, affecting everyone who enjoys EDC Vegas, Burning Man, and other live festivals. Set to take effect later this fall, the 9% tax will be added on to your ticket price come next year.

To put that into perspective, if you’re purchasing a VIP tier 1 EDCV ticket at $748, you’ll be paying just about 70 more dollars with this new-found tax. Now, say half of roughly 335,000 attendees purchase said VIP tickets; multiply $818 by 167,500, and that’s more than 137 million dollars that Nevada will acquire for half of ONE festival! If this works out well for Nevada (and how could 137+ million not work out?), who’s to say the other 49 states won’t implement a similar tax in the near future. Comment below, as we want to hear your thoughts and concerns about this new festival tax! Where do we draw the line? How much is too much to pay for a festival ticket? Get Your Sticky Fingers On Above & Beyond’s Seattle Aftermovie

CHBP Comes Out in Full Force With New Additions to Lineup 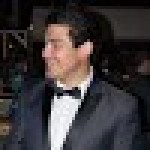