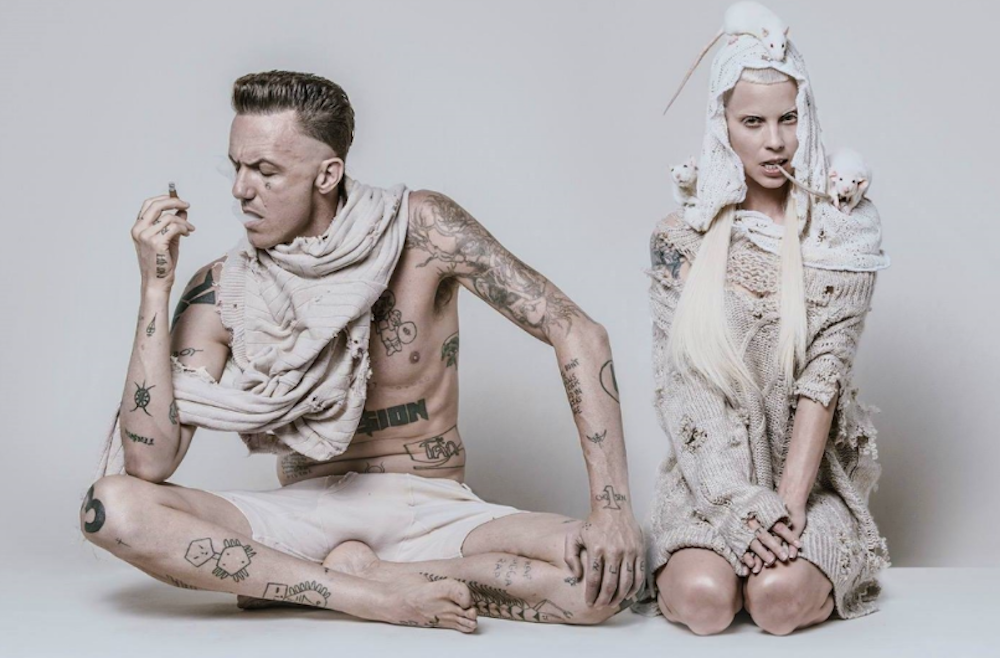 The Die Antwoord duo, Watkin Tudor Jones (Ninja) and Anri du Toit (Yolandi Visser), are well known for their unique style and extreme personas. But recently, a video from 2012 resurfaced, exposing the two in an apparent hate crime act against Andy Butler of Hercules and Love Affair. The disturbing video shows Die Antwoord attack Butler, who is openly gay, with derogatory terms and physical violence. Since then, Die Antwoord has been dropped from the Life is Beautiful, Louder than Life and Riot Fest lineups. In response, Ninja made a Facebook post addressing the video and passing the blame onto Ben Crossman. The context of the video is unclear, but what we can hear and see isn’t pretty.

Within Ninja’s explanation, he says that Ben Crossman has been on a mission to ruin Die Antwoord. Quoted, “Ben Crossman has been on a rampage to make us look bad in the media because we fired him years ago, for being mentally unstable, and malicious towards our family.” Ninja says that Ben cleverly edited the video, and was the one responsible for attacking Butler while simultaneously filming.

That still doesn’t explain the commentary heard from both Ninja and Yolandi, who not only verbally assault Butler, calling him “f*****” multiple times and actually spitting on him as well. As much as we would like to share the original video here, it’s no longer available on Youtube. Instead, others have reuploaded it to Youtube, which you can also watch below.

Ninja can be heard telling Yolandi to act as dramatic as possible and pretend that Butler has assaulted her. He instructs her to stop smiling and gives kudos to her performance, even saying that they would have to edit her feigning out. Ninja spins the tale of Butler trapping Yolandi within the girls’ bathroom and assaulting her, forcing him to take action against Butler. Yet when Ninja accosts Butler not once did he make it clear he is doing so on behalf of Yolandi. It’s unclear what the future holds for Die Antwoord currently but it’s a hard loss for their fans out there.

In this article:Die Antwoord, Life Is Beautiful, Louder than Life
Up Next: