As if 2018 wasn’t done with us yet, another disappointing piece of news has been announced. Well, for the new year that is. After a period of uncertainty it has finally been announced; Dirtybird Campout East will not return to St. Cloud, FL in 2019. In an announcement on social media, Dirtybird Campout says it will hold off on DBCE until 2020.

“We’re sorry to announce that after many months of research and countless avenues explored we will not be able to execute the best possible East Coast Campout in 2019. We know that February’s 2018 East Coast event was not perfect, and we want to be absolutely sure that when we come back, the quality of our production is not compromised.” – Dirtybird Campout

More Reading: A Nest of Dirtybirds are Coming to the Northwest

The festival very first rendition rowed into some choppy waters. Last DBCE was forced to close their gates for a few hours due to noise complaints. It nearly became the saddest festival story of 2018 with hundreds of campers left out in the cold. The county held the venue’s permit until the noise violation could be cleared.

DBCE joins a short list of Florida festivals that have been cancelled or moved. Alongside it is Ultra Miami, which is moving to Virginia Key after being evicted from Bay Front Park by the City of Miami. Okeechobee Music & Arts Festival will also not return in 2019, though organizers have not ruled out it continuing in the future.

What do you think of the the cancellation? Were you planning on attending Dirtybird Campout East? Let us know on Twitter, @DanceMusicNW!

In this article:Dirtybird Campout East, Dirtybird Records, Music Festivals
Up Next:

A New Survey Reveals Drug Use at Live Music Events 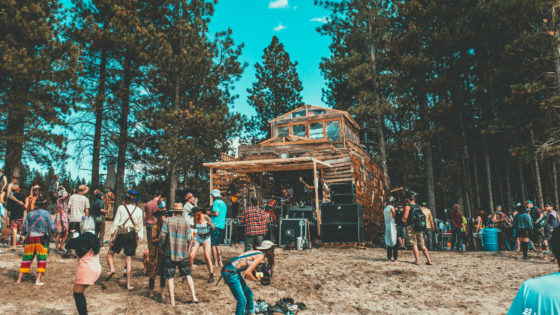