Disclosure Announces Hiatus in a Twitter Letter to Fans
Advertisement Music has cultivated the lives of Guy and Howard Lawrence, the sibling duo known as Disclosure, since childhood. They continued their musical studies into college, and began producing electronic music at just 15 and 18 years old.

Shortly thereafter in 2010, the duo is discovered through Myspace, which lands them a record deal and UK tour. In 2012, Disclosure’s hit song Latch, featuring Sam Smith, makes them well-renown in the electronic and pop music scene.

Now ages 22 and 25 with two albums, three Grammy award nominations, and seven years of touring under their belt, Disclosure announces in a letter they are taking a hiatus. The siblings tell fans “you changed our lives forever”, but they plan to enjoy “some much needed rest”.

More Reading: After 3 DJs Retire in 2016, We Ask: Why Are Artists Leaving Tours Behind?

Disclosure states they are doing a “few special things” this year, which includes the return of their curated Wild Life Festival in England. The brothers close their letter with a promise that, “[They] will be back” and send off their message with “lots of love”.

It’s unfortunate Disclosure is taking a hiatus, but they certainly deserve the break. We’re looking forward to the duo’s return, and possibly new tracks in the future. What “few special things” do you think (or hope) Disclosure will have in store for us this year? Share your responses with us in the comments below!

In this article:Disclosure, EDM, Hiatus
Up Next: 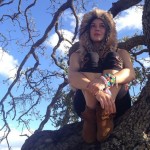