Instant Party! is an up-and-coming name, both locally and internationally at the very same time. You could classify him as an overnight sensation; even the majority of the local scene has never heard of him until just now. How has Instant Party! managed to stay under the radar this long? We had to find out. Just who really is Instant Party!? Who we found was actually one of the most modest, hard-working guys we have encountered thus far: Kenny. 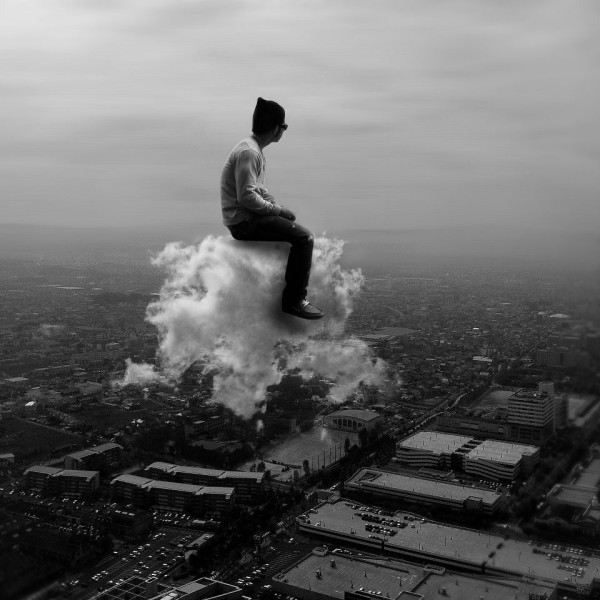 Kenny Lim, aka Instant Party, was born and raised on the West Coast of Washington.

Kenny started out his music production based on simple curiosity – no idea, no direction, just pure interest and desire to mess around with it and figure it out. What he found was very foreign to him but he was having fun with it, and wanted to learn more.
“When I was 16 years old I found FL Studio 7. I downloaded the demo version. I just messed around with the drum sequencing; the interface was so easy to look at. I almost thought I was playing a video game. Then, I started to click around and noticed that it played whatever I mess around with. I was so interested. I kept dabbling with the program. I had no clue what I was doing, but I knew I was having fun. I kept at it. I could only learn so much by clicking things so I eventually decided to look up tutorials about modulation effects through YouTube. I eventually made my first song in April of 2008. I go back to listen to it sometimes and it’s absolutely embarrassing. Since 2008 though, I was dedicated to the art of music. Every day I would come home from school and I would sit at the computer, constantly playing with the program, for up to 6 hours a day. Music started to slowly become my life.”

Just like any of us, Kenny had his doubts and insecurities. When life gets to be so busy and demanding, often times we question if our dreams could ever translate into reality.

“A couple years passed and I quit making music for awhile because it took me nowhere in life. I had no direction and had no idea what I was even making. It was merely just notes and sequences that go together but never had a true direction. As surprising as it may sound, it was not until this past summer that I got into making electronic dance music.  It was the start of something huge, and it’s what got me here. This happened immediately after the weekend of Paradiso. I had seen Kaskade for the first time and how he controlled the crowd, the beautiful music, and all the beautiful people. I looked around and saw how abundantly happy everybody was. It was then when I realized, ‘Okay, that has to be me up there, I have to do this.‘ At that moment I made my decision. Since then I haven’t stopped.” Kenny started up his own Soundcloud account around June of 2013 and barely reached 100 followers. He would simply upload his own music and that was it – no promotion or self-marketing whatsoever. What pushed him into the spotlight were his newly-found fans and most loyal friends and supporters; they essentially did all the marketing for him up until this point, just by sharing his music with others, and believing in him non-stop. You could even say that Kenny owes it to one of his biggest fans for his latest, most jaw-dropping achievement yet – having his music featured by Mad Decent’s founder, Mr. Diplo himself, on BBC Radio 1. The fan reached out via Twitter, recommending Kenny to submit his music to the BBC Radio 1 show Diplo & Friends, something Kenny knew nothing about, until he was tweeted with the details. Deciding to just go for it, Kenny made one of the biggest decisions that would soon impact his music career as he knew it.

“I love my fans. I had no clue [Diplo] was even looking for music for his BBC radio special. Someone had notified me via Twitter and gave me a link to it. I thought it was such a long shot, but I tried it anyway. I sent in about 4 or 5 of my songs and literally forgot about it the following week. I just told myself, ‘There’s no way he would pick my music; there has to be over a thousand submissions.‘ It was a Saturday night, and I was celebrating a close friend’s birthday when I got a tweet from BBC Radio saying there is music included by me and the likes of others.”

“Immediately my heart started racing. I didn’t even know how to feel or react. I listened to the mix and went crazy when I heard him play my Falling Remix. It was a reality check for me. It was the first time someone huge and reputable had found me. What better person to take notice than the person who founded Mad Decent, the label which I have always wanted to be a part of.”

Kenny didn’t think his night could get any better, his shock and excitement suddenly doubled, courtesy of Diplo And Friends once again.

“Later on during that same mix, Diplo played another one of my songs, which made me the only artist on that mix to get a double-feature. I keep telling myself that it means something. So, I’ve had my fingers crossed, and since then I’ve been getting loads of emails about bookings, collaboration inquiries, and fan mail.”

Hundreds of congratulating messages and support from all over was sent to Kenny following his bid debut, including some from other artists, both new and recognizable.

“Just recently, Victor Niglio contacted me via Twitter. We exchanged numbers and I was invited back to the artist area with him at his show at Volume in Seattle. We sat and talked music and had a couple drinks. He’s such a great guy. One of the most down to earth guys I’ve met. It was an absolute honor to talk to him. I made my Animals Remix after I heard his, so huge respect to him.” With every success, there are still the doubters. Not so much of Kenny himself, but of the future of music. The trap genre has been known to be considered too “minimal” by some listeners and critics. Sometimes characterized as having no substantial production quality. To some degree this may be true as we hear it today, although any popular version of a genre does not represent the genre as a whole. However, if you have listened to anything Instant Party! has produced, you will see how he is looking to change the trap game. He understands the need for innovation to keep the genre moving forward, but he won’t let go of the foundations that elevated trap to where it is now.

“I totally understand how people can say trap music is too minimal and that it doesn’t require much skill to make, but what people need to understand is that sometimes less is more; that the simplicity of things can make it ultimately better. Just because trap music is so straight forward, it doesn’t make it a bad genre. In the world of dance music, it all comes down to execution and the energy that comes with it. You don’t have to use state of the art sounds or effects to make something worthwhile. Music isn’t like that. Music is free – it doesn’t have to have anything but what you want as an artist. As long as you know what direction you want to take it, you’ll be fine. I try to make my music energetic, powerful, and most importantly, timeless.”

Since developing his love for production, Instant Party! is also interested in learning how to DJ after he finishes his first EP, which he is currently working on. But his main focus will always be on production, and his biggest goal in life is to be able to make all genres of music. His dreams go past the dance music world and into the future where he would ultimately like to create movie scores. One accomplishment at a time. First, he would like his music to be the first listing on an “Instant Party” Google search. Something else Kenny would like to see happen is the resurrection of his past releases.
“If there’s anything I want to see succeed, it would be all of my festival edits of the progressive house songs I have remixed. I haven’t seen many producers do these edits like I have. Many people have told me that I have spawned this sub-genre, and if I have, then that is something I will utilize for quite some time. Progressive house music is the largest genre in the world of EDM right now, and with Trap music exponentially growing alongside it, I had to take advantage of it. This is also another reason why I believe Diplo chose my Falling Remix, because it’s a perfect example of what I’m trying to do.”

Having lived in Washington his entire life, mainly within the Lakewood and Tacoma area, Instant Party! can see himself staying local. He loves Seattle and feels the music talent is incredible. It brings a smile to his face when he hears of someone doing great things from the region.

I love Seattle… We get all four seasons and we embrace them beautifully. I’ve lived in Washington my entire life, mainly within the Lakewood and Tacoma area, I lived on Alki for a couple years as well. Seattle is a city that has an atmosphere that really makes you feel at home. I love that. As far as the future goes, I can definitely see myself staying in Seattle. The musical talent here is incredible, it always brings a smile to my face when I hear of someone doing great that came out of here. Seattle may be gloomy at times, but when we shine, we shine brighter than most.” “It’s a tough world out there but I’m ready for it.” Kenny, Instant Party

At the end of the day, Instant Party! Is still Kenny. When he’s not making music, he’s hanging out with his close friends. They go out on weekends and attend shows and festivals. Kenny also works a day job, like any other 20-something adult. Ultimately, he just wants to enjoy life and have fun. Getting so much attention has been a fast eye-opener for Kenny. If his career took off, his biggest goal would be to continue making great music, and to not lose sight of who he truly is.

“As an artist, it breaks my heart when I see other people losing the magic they had before the fame entered their lives. It really does change people. Who knows where it might take me. But my greatest goal is: To never lose the passion and to never forget who I was before this all happened. I have amazing people in my life to support me in that manner so I’m thankful for that.”

Simplify Recordings Launches New Site, Aims High for 2014 and Beyond