At just 24 years old, Will Sparks has made big waves in the electronic music world. Born in Melbourne, Australia, this young artist started becoming a household name during the rise of the bounce genre over the last few years. Beginning his career in 2012, Will has spent the better half of his young adulthood releasing music. and headlining music festivals all over the world.

After Will released his most recent track this past Thursday, What I Do, on ASOT 837 (link below), we wanted to dive into his discography to learn more about where he comes from and how trance has made it into his life.

After mentally devouring everything that is Will Sparks music we were able to narrow down a turning point for the artist and his musical career. In 2016, just four years after his breakout, Will released a song with established artist Joel Fletcher called Acid Rain. The track (though it is not trance) does have slight psy-trance influences. These influences can be seen even more in Ben Nicky’s 2017 remix of the track.

Joel has put out electronic music since 2010. Also having trance tendencies in a few of his tracks as well as hailing from Melbourne, Australia, Joel has worked with artists like Deorro, Orkestrated, and even rapper Savage, an artist Joel remixed with infamous song, Swing. Other tracks Joel has done with Sparks are Bring it Back in 2013, and Kooka this last year.

Ben Nicky picked up Acid Rain in 2017 with his 138 remix. This version got the attention of not only “Who’s Afraid of 138,” but also the likes of Armin van Buuren himself, when he played it out on ASOT820.

What’s even more interesting is this past summer at Paradiso Festival 2017, Ben introduced his friend, Sparks, on stage, and even let it slip that they might be roommates! With a trance god like Ben as a housemate, it’s no wonder Will is expanding his sound.

Make sure to also check out Will’s original mix with Ben, called Pirates!

With 2018 just around the corner, what’s in store for Will Sparks is unknown. Having worked with artists like Orkestrated, Joel Fletcher, and Ben Nicky, Will has been speeding up his sound. With Melbourne Bounce already diving into tech and psy trance influences, it’s safe to say Sparks is simply on a journey of his own making.

Many things can influence an artists sound from where they are born, to where they travel. A musician’s signature should be clear, but ever-changing. This is for the benefit of not only an artist’s personal journey through the music industry, but also for that of the fans and the progression of music itself.

Change can be scary but pushing music to its limits… that’s what this crazy music life is all about!

In this article:ASOT, Ben Nicky, Will Sparks
Up Next:

Portlanders, Learn About Microdosing for Depression, Anxiety, and PTSD 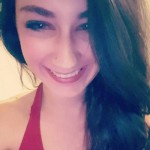 A State of Trance 900 Heads To The Bay Area