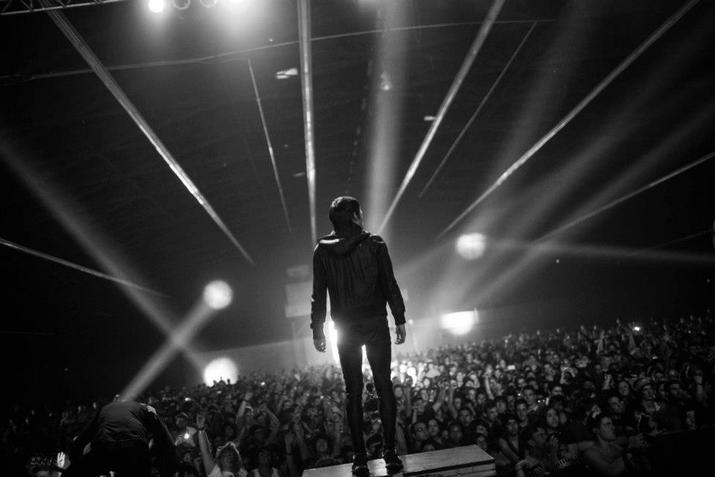 With all the different types of music genres out there, there is always bound to be a mixture of styles and incorporation to create new sounds. For example, Dubstyle is a newer genre of electronic music that fuses together both dubstep and hardstyle. But what happens when we mix genres seemingly on complete opposites of the spectrum? Enter electronicore: A combination of electronic and hardcore music to arouse the senses and tempt us to enter the mosh pit.

Electronicore can also be known as trancecore, synthcore, and other varieties, but what makes it unique are the people that create it. Bands like Attack! Attack!, Breathe Carolina, I See Stars, Enter Shikari, and Sky Eats Airplane all fall under this category that’s been evolving since the early 2000’s. Characterized by heavy use of synthesizers, screaming vocals, and both electronic and metal breakdowns, electronicore includes an array of original and familiar sounds.

Take for instance the band Enter Shikari, winners of several Association of Independent Music and Kerrang! awards for “best live band” in the UK. One could say they somewhat started and transformed the electrionicore scene, going strong since 2003. Seemingly ahead of their time, it wasn’t until 2008 when the band really started to take off and gain a large fan base here in the US as well. Their song  Sorry you’re not a winner was featured on the Madden ’08 and NHL ’08 video games, and suddenly the world of electronicore was on the rise.

Fusion music is everywhere. Heck, rock n’ roll even stemmed from a mix of grassroots and country. But this isn’t about rock n’ roll, this is about our beloved electronic music and the various paths it seems to be taking along the way. Which now brings us to the undeniable question… are you a fan of electronicore? What are your thoughts about the transfusion of the two genres? Inquiring minds want to know. Winter Fusion: The Snowy Palouse Has Never Been So Hot