Last November, downtown Boise was prepared to be graced with the presence of electronic music legends such as Mt. Eden, Eprom, Must Die, and TyDi, as well as Northwest-cultivated acts Aaron Jackson and Darrius at an inaugural one-day, one-stage event named Gravity. Two weeks prior to lift-off, Gravity’s team partner Eric Harris was informed by the City of Boise’s Special Events Committee  that the show can’t go on, despite Eric’s active relationship with the Committee throughout the event’s formulation. Well, it could, but only if unfeasible steps could be made last-minute to ensure safety following a fatal incident at Safe In Sound in October.

A collective, disappointed sigh was heard ‘round the Treasure Valley when Gravity’s official Facebook page had to announce that the event was cancelled. The producers showed no signs of giving up however, who stated:

The event page itself was never deleted – perhaps a simple marketing tactic, but perhaps a metaphorical reminder to the city that electronic music events are not going away. Two months later, those who RSVP’d received an upbeat notification that Gravity was coming back in full-swing on April 25th.

In this article:Boise, festival, Gravity, safety
Up Next:

Zeds Dead Prep Us For Lucky 2015 With Free Mix 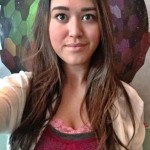