Trying to decide which festivals to attend has never been harder. It seems this year, there are multiple cool festivals happening every weekend within driving distance around the PNW. No more are the days of having to scramble to secure a ticket for the one and only festival happening in your area; there are literally hundreds of options to spend your money now. There are festivals big and small to tickle everyone’s spirit hood.

Last October, we were all blown out of the water with the Inaugural Dirtybird Camp-Out in California. Claude VonStroke and the team behind Dirtybird decided to try something a little different, and it’s safe to say it was pretty freaking cool. If you were hidden underground last year and have never heard of Dirtybird Camp-Out, let us quickly get you up to speed. The Camp-Out was this unreal hybrid of the summer camp you went to as a kid mixed with all your favourite dirty bass players (think Shiba San, Ardalan, Justin Martin, J.Phlip… the list goes on and on). That’s right, tug-o-war by day, booty shaking by night. Or sunrise sets followed by talent shows and camp fires.

All sounds like a dream right? Sounds like something you would really like to partake in we bet? Well, in case you still haven’t made up your mind on your festival plans yet for the summer, we are here to put one more bug in your ear for another super rad PNW festival. (Not the Dirtybird Camp-Out).

Little did you know, we have our very own Dirtybird Campout up here in Canada, eh. We would like to introduce you to Kamp Festival, up in the Kootenay Region of British Columbia, located in the same region as Shambhala. Think of it as a smaller, but equally cool, Dirtybird Camp-Out with a better chance of seeing a bear.

Picture this. You awake lake side to the sound of loons and ukuleles. You roll out of your tent and stroll over to morning yoga and meditation class. After, you attend a tie-dye workshop, followed by a round of capture the flag, followed by a hula hoop jam. You enjoy a nice lunch with your new friends and later partake in a nature walk and swim in the lake. It’s dusk now and you crush a nap in a hammock. What’s next? The sun has set and it’s time to party. JPOD is playing at the main stage followed by The Grove crowd favourite, Shiny Things. Do whatever you enjoy to do when raving… marshmallows by the campfire… sing-a-longs… sunrise set… group hug… bed time.

For three days in the wilderness, be a kid again in the day and rave hard at night. We’re just not really sure what else you could want. Plus they have something called Drum ‘n Bass Dodgeball, we have no idea what is but were dying to find out.

Now in it’s second year, Kamp Festival, runs July 1-4 at Whatshan Lake Retreat (about 7 hours from Vancouver). To learn more or snag tickets for this year’s festival, be sure to check out their website. Creep the full-line up below as well. In this article:festival, vancouver
Up Next: 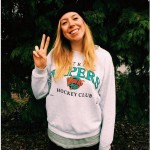