Kristian Nairn quickly rose to fame with his single-word role as Hodor, the gentle giant, in the smash HBO hit Game of Thrones. The actor who played the giant, who only spoke his name, is currently traveling around Australia on his DJ tour, Rave of Thrones. Rave of Thrones is a series of themed dance parties for fans of the TV show, which Hodor will sadly not appear in the next season. With the recent announcement of Kristian Nairn’s Rave of Thrones tour in the United States, it might lessen the disappointment to Seattle fans knowing he will be making a stop in the Pacific Northwest.

Game of Thrones actor Kristian Nairn reveals the other side of Hodor on his DJ tour.  We can only hope the Rave of Thrones tour features everything from fire breathing dragons to White Walkers.

It’s a dress-up party and everyone comes together with the one interest; It can only be good. –Kristian Nairn

Rave of Thrones is set to stop at Q Nightclub on Saturday December 6th, with tickets for a majority of the tour dates going on sale Tuesday, September 9th. Tickets for the Seattle stop at Q Nightclub start at $35 per ticket and are now available here. Check out the full list of cities and let us know who you’ll be dressing up as. 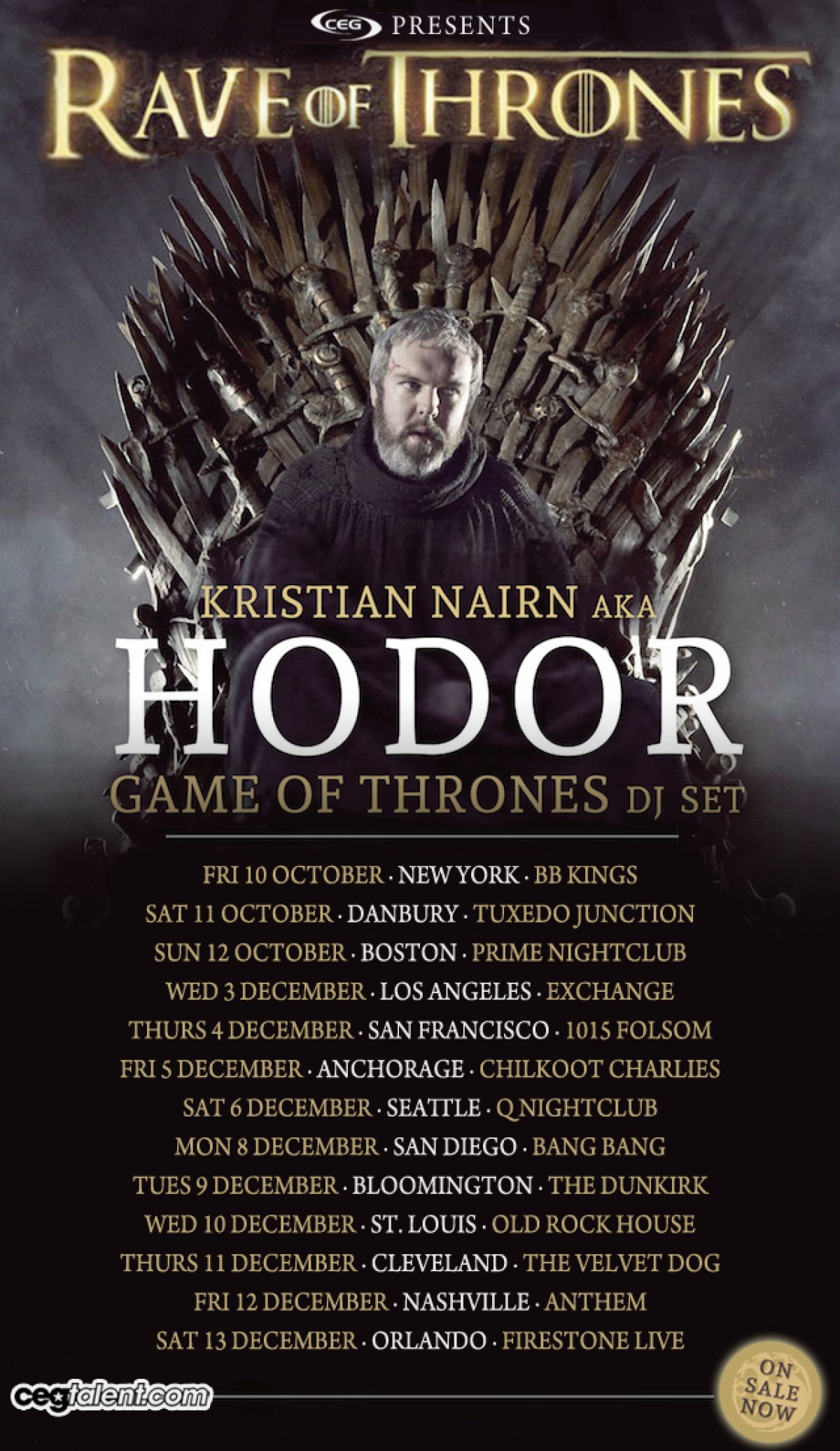 In this article:Hodor, Rave of Thrones