Most of us have all heard about the disaster that was Fyre Festival. For those who don’t know, it was advertised to be a luxury music festival in the Bahamas. In reality, it was the exact opposite. Due to lack of logistical planning, the festival was cancelled after many of the attendees had already arrived.

Netflix, and Hulu, even released a popular documentary about how it all went down. Now, we have news that Seth Rogen and comedy troupe The Lonely Island (consisting of Andy Samberg, Akiva Schaffer and Jorma Taccone) have plans to transform the story into a movie.

This wont be the first time Rogen has created a potentially controversial spoof. After releasing The Interview and Popstar: Never Stop Never Stopping, it was clear that Rogen is prepared to push the boundaries.

Buzz is circulating about details regarding the Fyre Fest movie. Back in 2017, Rogen and The Lonely Island announced that they were working on a disaster comedy. The movie was to be based on the concept of a music festival gone wrong, which was publicized just after the Fyre Festival incident occurred.

However, there hasn’t been any new information about the movie or a release date, only that the spoof film is definitely in the works.

In this article:Fyre Festival, Lonely Island, Seth Rogen
Up Next: 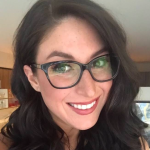