The Room is Too Big Tuesday 001: The Miao Room
Advertisement 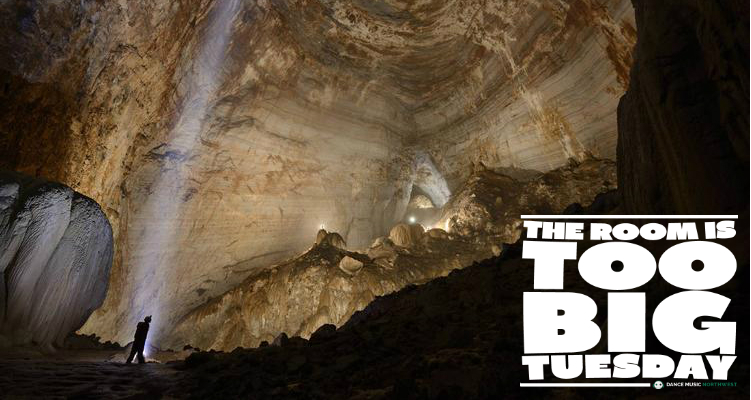 Let’s face it: Big room is a ridiculous fucking genre. So why not revel in that a little bit? Every Tuesday, our Editor-In-Chief Nick Cannata-Bowman and Financial Director Ted Spealman will be taking you on a journey through only its most shamelessly gigantic offerings, with The Room is Too Big Tuesday. But why focus on such a commercialized, mainstream corner of dance music? Because big room is like crappy fast food: It’s best experienced in small quantities, it’s bad for you if you have it too often, and it tastes unreasonably good, no matter how conscious you are of the fact that it’s probably slowly killing you. With that in mind, our goal is to have this be your weekly, healthy dose of only the biggest tracks the genre has to give.

For music this ridiculously large though, it’s important to have an appropriately sized location to listen safely, lest you be left without a roof once you hit play. Every week we’ll be journeying to a part of the world worthy of fitting the tracks we feature. For this inaugural edition: The Miao Room. China’s Miao Room is the largest “supercave” in the world. At 380 million cubic feet, it’s large enough to house a jumbo jet and them some, making it just large enough to hold this week’s selections.

My pick this week comes from one of the latest DOORN Records releases from Mike Hawkins & Jetfire, Desert Storm. It’s a song that feels like a four minute sprint up a mountain, beginning with a sharp build that careens down a cliff to a resounding “AWOO!” pulled straight from Zack Snyder’s 300. It’s hard not to picture a spiraling desert sandstorm worthy of a room as massive as the Miao, making this a no-brainer for my inaugural selection.

My choice this week is one for the books. Just when you thought Henry Fong and SCNDL couldn’t get any bigger… they did. In their newest release Ass Up, the duo creates a big room masterpiece that is raunchy in every imaginable way, from the title to the eponymous chant that sets up a deliciously gigantic drop into a canyon. To call this an auditory assault would be an understatement. The song itself is a battle cry for those looking to get rowdy and pump their fists to some unapologetically enormous beats. Even the Miao Room may need to take out some walls to fit this one.

If you have a track you feel is big enough for The Room is Too Big Tuesday, send us your submission over in this direction! Every Tuesday afternoon we post new tracks, so if you don’t make next week’s keep watching to see if you get featured.

In this article:The Room is Too Big Tuesday
Up Next:

Tableau Software Takes Geeking Out Over Lineup To New Heights