Whether you’re a small-time DJ or professional, there’s a lot of preparation that goes into a show. If you’re a ‘controllerist’, your tracks have to be analyzed, your cue points have to be set, and your devices configured. If you’re a traditional turntable DJ, your needles and records have to be maintained and replaced, which is an expensive hassle. There’s also the popular option of DJing on CDJs or the new Denon DJ players. Always keep in mind it’s about the records that you play not how you play them! And, remember that only twenty years ago, most DJs were still using vinyl. Records are prone to warping and cracking, whereas a USB thumb drive can hold hundreds of .WAV files.

Shinichiro Yokota is a renowned Japanese house music composer and DJ. His set earlier this year at Boiler Room Tokyo (video below) is a prime example of the technological advancements in DJing. His setup consists of solely a Monster GO DJ (which we have never seen anybody use before) and a Novation Launchkey.

If you’ve got a DJ gig coming up, big or small, here are some tips for you so you can rock the house like Yokota:

Bring Backups of Everything

If you need a flash drive of your music to DJ at the club, make sure you bring a backup one. Same goes for cables- if you need a usb cable for your controller or RCAs/etc., bring extras in case yours have issues. The ethernet ports on CDJs are prone to breaking so be prepared with two drives to do it ‘the old fashioned way’. Also, prepare your playlists, bootlegs, final edits, whatever, before you get to the gig so you don’t have to prepare anything when you’re there. If you want to test playing out a new track at the show, do a quick master beforehand so the volume is somewhat normalized compared to your other tracks.

If you’re an Ableton-based performer, there’s not much you can do to be prepared besides have a backup of your project in addition to a backup computer (if you can afford one that is).

Organize Your Tracks & Set Your Cues

Organize and analyze your tracks with Rekordbox so you’re prepared to play the crowd. It’s good to not plan on a particular track list so you can drop the perfect track at the right time with ease. Use cue points religiously to keep the party going- if you get to the end of a groove prematurely, just jump back to the first drop or build on beat to preserve your energy. If you’re well prepared you won’t have a track stop, leaving the room completely dead, devoid of music. This is the ultimate fuck up, you gotta keep the music going at all costs.

Show Up Early for Setup

This one is a double-whammy. First, an incredibly easy way to not get booked again at a venue is to show up late. If there’s a soundcheck be on time to that as well. Luckily because of the simplicity of most modern DJ setups, arriving an hour before should suffice if you’re a CDJ or controller user. If the people doing sound are around, befriend them. These individuals are ultimately in control of what’s coming out of the speakers, so make sure you don’t give control of your tunes to someone you rubbed the wrong way. Remember that everybody involved comprises the experience, your audience included.

Second, showing up early helps you read the vibe of the room. Having the benefit of knowing what’s working and what isn’t can really take a set from “good” to “great.”

This probably goes without saying, but don’t get wasted and pass out, or something more unsavory. Be respectful of the other DJs as well, if you don’t like what they’re throwing down keep it to yourself. Their music, that is. If somebody is acting a fool in the venue, especially in an area for performers, don’t be a bystander and tell somebody what’s going on. You don’t want to look bad by proxy when somebody you’re performing with does something stupid. 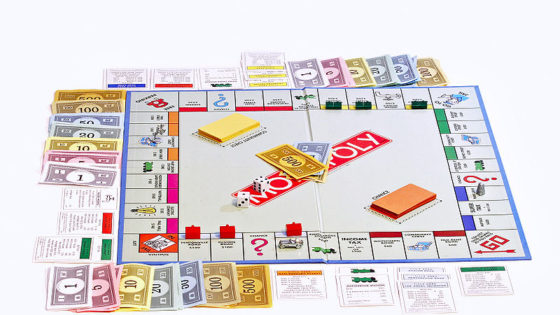