Another day, and another music streaming service is vying for our business. But this time, something is different. Exactly how is yet to be seen, but it’s safe to say that the Jay Z led music streaming service, Tidal, will be an interesting venture to follow. Music streaming is a relatively young, evolving industry, where companies have yet to challenge the ‘traditional’ way of doing things. That is, until Tidal.

Music fans and followers are already inundated with a bevy of potential services to subscribe to and utilize. Pandora, Spotify, iTunes, Beatport, and more are players in a growing market, which is increasingly taking the place of the traditional method of downloading tunes for instant and repeated music consumption. Generally the competition between these services has been focused on the exclusivity of certain artists, the price of ad-less service, and other consumer-oriented factors.

Tidal is attempting to shift that focus, with the artists and the music at the fore, rather than the listener. The most conceptually unique service thus far, Tidal wants to change the conversation surrounding music streaming. A large part of achieving that is starting any sort of conversation, and if Tidal has done anything, it’s that.

Earlier this week Jay Z, and Tidal executive Vania Schlogel, treated students at the Clive Davis Institute of Recorded Music to a Q&A, discussing the new streaming service. Touching on a variety of aspects surrounding Tidal, we learned quite a bit about the fairly unknown company which burst into the music streaming discussion overnight.

In this article:Jay-Z, Streaming, Tidal
Up Next:

7 New Albums You Should Be Listening To 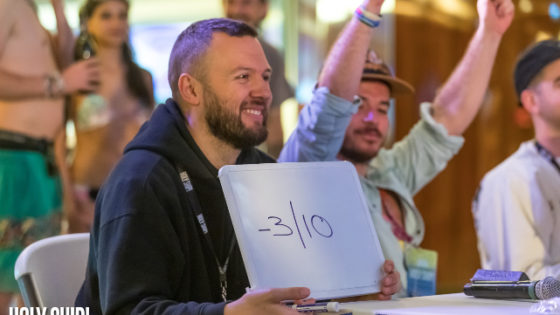