DMNW review: Above & Beyond Weekender returns after two years for its hottest edition yet
Advertisement 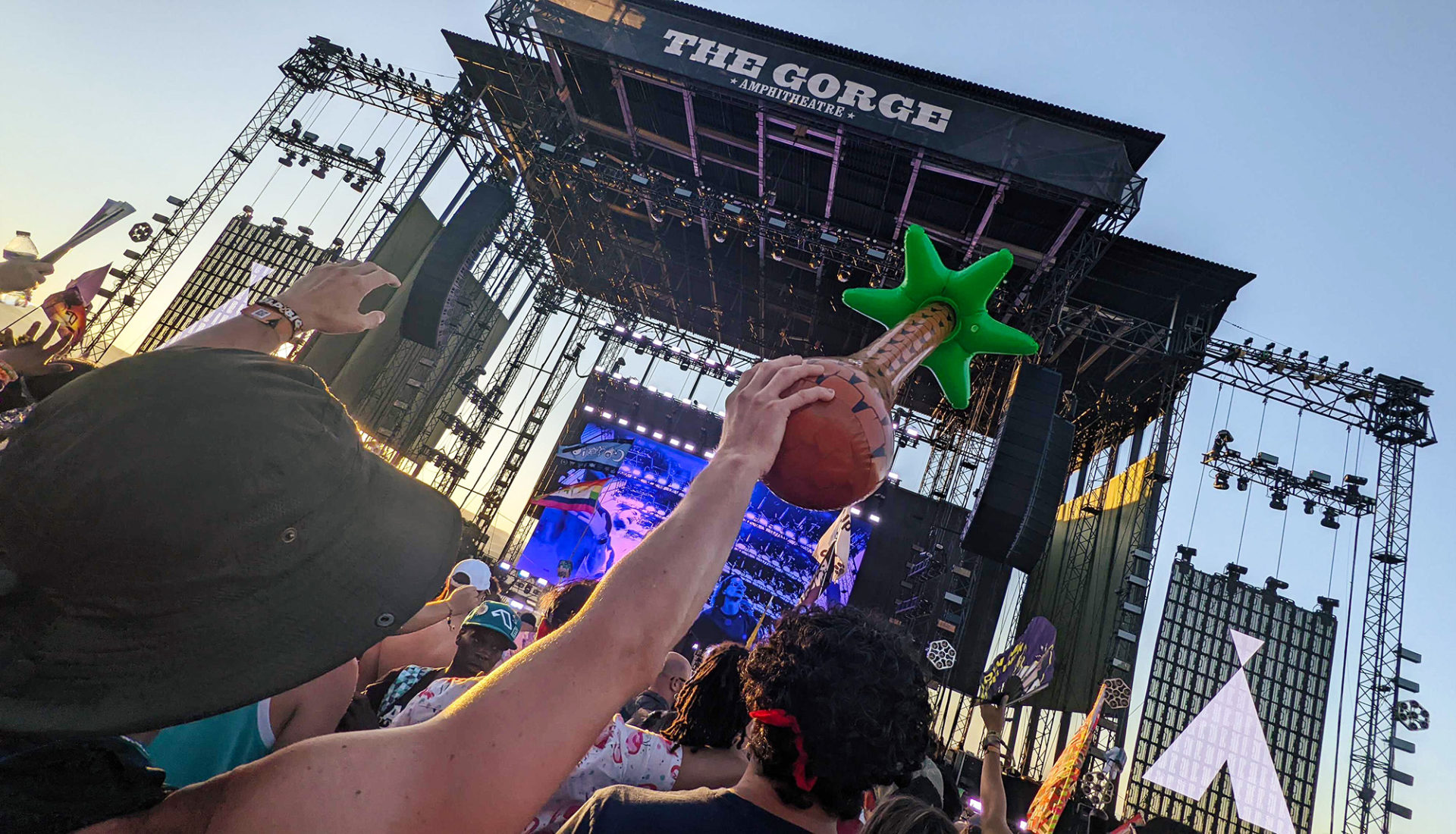 After a long three-year hiatus, the Gorge officially welcomed back Above & Beyond for the Weekender event. We had been champing at the bit to get back out there and dance with our friends in the sun to some beautiful progressive house, trance, and deep house. Dance Music Northwest had the opportunity to attend and reflect upon our experience at the 2022 Above & Beyond Weekender. The Anjuna family has been dreaming of returning to the Gorge since the last Weekender took place in 2019. Below is our recount of the memorable weekend.

The Anjuna family is a unique crowd of music and people lovers. As always, everyone was supportive, courteous, kind. There was a sense of pride, acceptance, and love from all attendees. It is one of the reasons why Above & Beyond productions are some of our favorite to attend. It was incredible to meet people from all over the country and across the globe, and it was amazing to observe a diverse group of attendees. We even witnessed a wedding that took place at the large Anjuna sign.

Friday night included a deep house stage called “The Meadows” and a trance stage with Above & Beyond and friends at “Walter the Bus.” For the next several hours, we watched the sun go down and listened to artists on the lineup go back to back for once-in-a-lifetime performances. Some of our favorite performances were Aname (one-half of the former Garden State) going b2b with Paavo (one-third of Above and Beyond), and Amy Wiles with Jono (another Above & Beyond member), and Oliver Smith closing out the night.

The event staff teased Weekender attendees, as we were unable to view the glorious view of the main stage that evening unless you took a ride to the top of the Ferris wheel or if you stood on the hilltop where you could view both stages. Sometimes, the music was even in sync. At times, it even sounded like the music playing between the two stages was in harmony, which was symbolic of how energetically connected the Anjuna family is throughout the weekend.

On Saturday, we enjoyed the music of Fatum, Andrew Bayer, Mat Zo, and of course, Above & Beyond. Oliver Smith was also one of our favorites, who came out swinging with his Gratitude remix, released the same day on the Anjunabeats 16 compilation album.

Above and Beyond started their set with the Kasablanca remis of Black Room Boy, which was just released in December 2021. They proceeded to play classics such as We’re All We Need, Piece of Mind, and Counting Down the Days. What really tied the set together for us was when they played the intro to Sun and Moon for no more than one minute until they moved on to the next song. We did not hear the completion of the song until the second half of the set, for the traditional push-the-button-moment — talk about a suspenseful build-up!  They ended their two-hour set with A Thing Called Love, leaving our souls and hearts full.

It is safe to say that Anjunadeep truly started on Sunday at 12 a.m., as Genix went in hard with a techno set to close out the night. The afterparty was graced by the presence of Genix, Dave Dresden, and many more members of the Anjuna family artists. We would be lying if we said we weren’t sad that PNW local and Anjunabeats collaborator Seven Lions did not make an appearance, however, we understand that everyone needs a day off!

Day 3 was the hottest day we can remember at the Gorge. We hid in the shade while misting ourselves with water. Qrion performed a calming, ambient set at The Meadows. Eli and Fur performed a killer deep house set – their smiles and energy on the decks were completely contagious, and it was hands down one of the best sets of the weekend.

Also at The Meadows stage, Genix ran it back in a completely different direction than the night before. He played a midday set performing his 199X Chill album, a downtempo version of the 199X album released last year. It was a Vibe with a capital V.

Ben Bohmer’s live set was most memorable. For an hour and a half, his music was the heartbeat of the Gorge, and we were there to move with the systolic and diastolic movements of the music. He took us through a journey that felt so personal, accompanied by an amazing laser and visual display. We wished it would never end.

Although we were exhausted from a full day of dancing in the heat, the party did not stop! While we did not make it over for a second trek to the food truck after-parties, Gold Camping was bumping with a dance party of at least 100 attendees, and later into the evening with a silent disco! It was hard not to vibe off of the energy that lasted into the sunrise on the last day of the Weekender.

As you leave the festival, there is a sign that reads, “Our current mood is gratitude.” It is easy to forget to be grateful during times that have been so arduous. The Weekender has a special place in our hearts, as a place where we unite with friends who we may not always see often in our busy lives outside of the Gorge. It reminds us of how to think positively and to believe in ourselves. We certainly left the festival feeling gratitude for Anjuna, our friends, loved ones, and the music.

In this article:Above & Beyond, Featured, The Gorge Amphitheatre