Aston Manor, located in Seattle’s SoDo district, isn’t known as a trance music destination. But that might soon change. After Andrew Rayel took his on-going Moments tour to Roy Aston’s social club earlier this month, team Aston and Stardust Events one-upped themselves with a double booking that has the Seattle Trance Family jumping with joy. Mark your calendars because on Thursday October 5th, Gabriel & Dresden and Bryan Kearney are taking over the Manor.

Kearney makes his Seattle return following an energizing performance at Bliss: Transcendence last month. The Irish trance powerhouse has been tearing up stages across the world with psy-heavy sets. However, his latest single, All Over Again, sees Kearney going back to his uplifting roots, teaming up with singer-songwriter Plumb to deliver an emotional ballad that will give you all the feels. One of the best in the scene today, Kearney alone is enough to get us excited. Throw in Gabriel & Dresden? What?!

Gabriel & Dresden are considered legends in the trance game, teaming up together back in 2001 for seven years before re-uniting in 2011. While Kearney is more up-tempo, these two are the opposite- opting for chillout, uplifting vibes. In addition to songs of their own, G & D have remixed the likes of trance Tiesto, Paul Oakenfold, Above & Beyond and more. At one point, the two joined JES, a renowned trance vocalist, to form the group Motorcycle– best known for its hit As The Rush Comes. Together, the two are a force. Separate? Just as amazing. Gabriel‘s Andain side project scored an all-time trance classic with Beautiful Things; Dresden matching that with remixes that ranked high on the Billboard Hot Dance and Club Play charts. Prepare to go back in time when the two take the stage.

Tickets go on sale next Thursday at noon. Will you be joining us for a night of beautiful trance under the Aston Manor chandeliers?

In this article:Aston Manor, Seattle, Trance 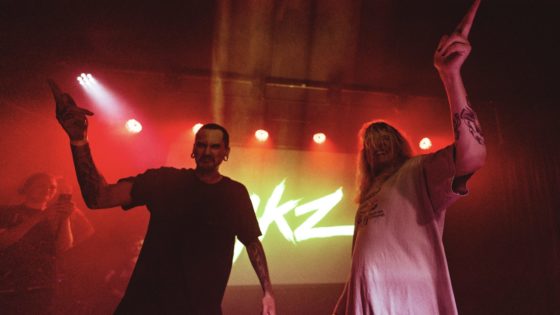