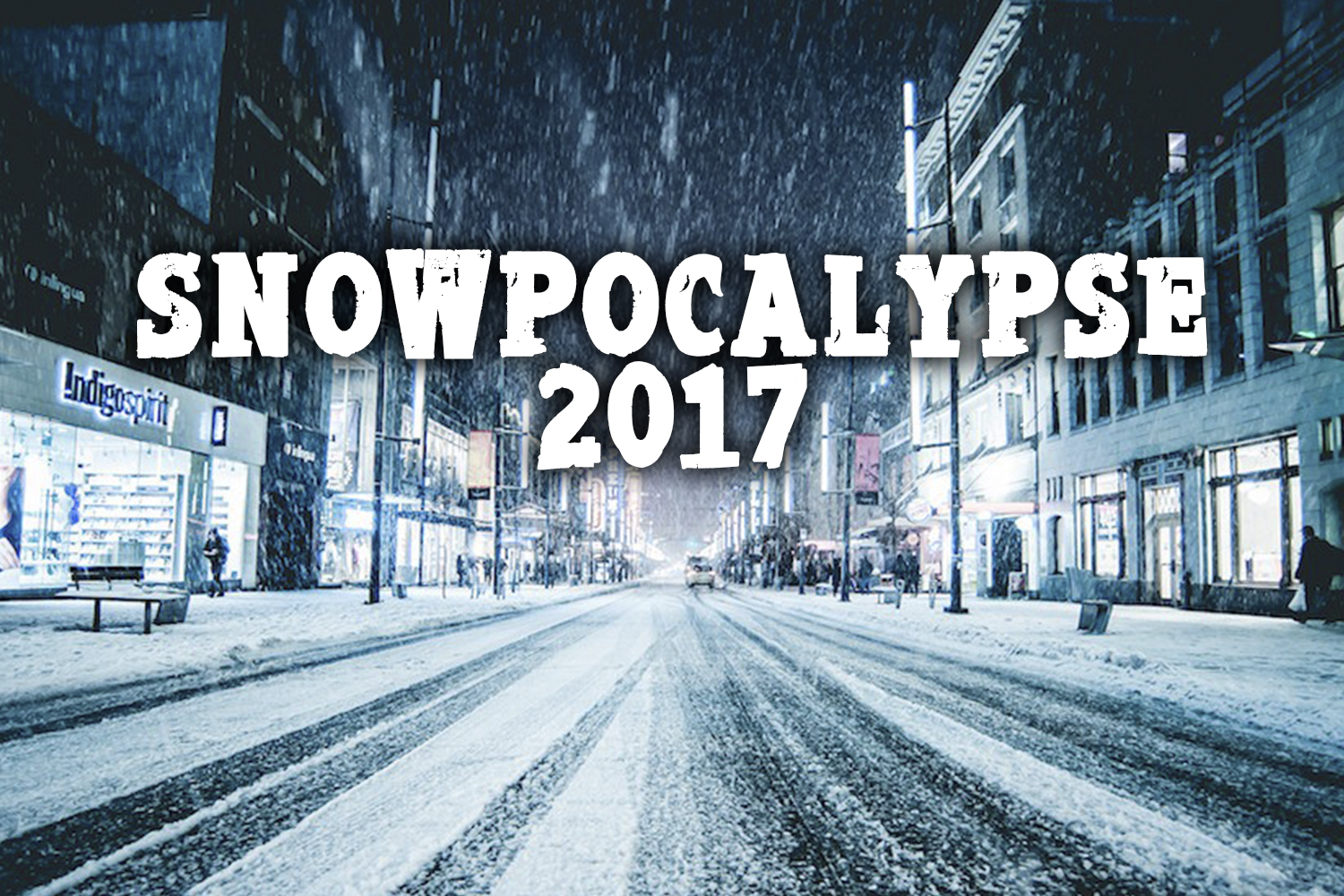 Anyone who’s lived in the PNW knows winters can be harsh, cold and a little depressing. We live in a beautiful place and come summer time we’re the envy of most of the country. The colder months however are typically full of rain and grey skies, so fighting the winter blues in the PNW can be a serious challenge. Mother nature this year seems to have gone full on winter-wonderland mode with some serious snow fall across the PNW. While most other cities are prepared for the snow, some cites like Seattle, Vancouver or Portland rarely see as much snowfall in the city as they have this year. Snowpocalypse 2017 has been so bad in some areas, even the pizza delivery guy won’t venture out. So to help you out, we’ve come up with a sure fire guide to surviving the Snowpocalypse this year.

For anyone reading this in a part of the country where you get snow on a regular basis, just understand this is new for us. While we like to pretend we’re fully capable of functioning like a regular city in snowy conditions…we’re not. For an area that gets an incredible amount of rain its’ surprising what its frozen form can do. And snow isn’t the only factor that’s taking “Winter Blues” to a whole new level: it’s the cold. Honestly, it feels like it’s been the coldest winter in a while and we’re missing our sunshine! Make no mistake: “Festival Season” is its own season and for us it means one very important thing…WARM WEATHER. Right about now our favorite summer festivals are gearing up to release their lineups and we’re anxiously awaiting to see what they’ll be. While some events like Lucky and Seasons have already been published, we still waiting on the bigger ones like Paradiso, Shambhala and Bass Coast. Battle the Snowpocalypse by reminding yourself each day just brings us a little closer to being back at your favorite musical gathering.

Plenty of festivals also do a great job by providing media year round to keep the hype going. If you haven’t joined your festival’s Facebook group, we suggest hopping in there. Paradiso Kandi Kids and the Shambhala Music Festivals groups keep extremely active, with lots of content and a great sources for that warm feeling…inside of course. If you’re really looking for a trip down memory lane, you can always put on your favorite festival outfit, play your favorite set from 2016 and have your own dance party!

Go Play in the Snow!

Seriously…don’t be stuck inside, go play outside and have a little fun in the snow while you can. It’s not often we see as much snow as we have this year. Some cities like Vancouver have seen so much snow sticking around it almost feels like Toronto. We’re certainly not advising going and driving your summer tires around the city, but hop on a bus and head to your nearest park. Bring a bluetooth speaker and pump some music while you and a few friends build a snowman followed by a good snowball fight.

If you’re feeling even more adventurous we highly suggest heading to your local ski mountain. The PNW has been getting dumped with plenty of fresh powder. Make use of it and throw on some skis and get your laps in before the sun melts it all. If you’re heading to the mountain may we suggest a good playlist of tunes to enjoy while you ride. Top picks for the slopes are definitely anything you can groove to and if it’s a bit funky even better. Throw on some Stickybuds, Funk Hunters, Slynk or A. Skillz and you’re guaranteed to have a good time. If you really want to take your day out on the ski hill to the next level, may we suggest a nonstop dosage of SkiiTour.

If braving the cold weather isn’t your thing and you’d rather be warm inside, maybe picking up a new hobby is your way to beat Snowpocalypse. Once summer hits we’ll all be busy enjoying the sunshine, warm weather and road trips to festivals. Take the extra time you have to learn about mixing, It’s a great way to learn about music and discover new tracks. The cost of a DJ controller has become so affordable nowadays that almost anyone can pick one up and get mixing with a little practice. Who knows, you may even enjoy it so much you’ll be DJing your next party this summer.

With Festival Season soon upon us there is still plenty of prep work to keep yourself busy. Lots of kandi to be made, new outfits to be assembled and totems to be erected. Get a head start on your goodies now and get to building! Invite some friends over for a kandi session, make some matching masks or cuffs, or get going on some new singles to trade. If you’ve never made your own kandi but have always wanted to now is the perfect time! Keeping yourself busy with something fun and creative is a great alternative to just sitting at home and scrolling through social media.

Winter can be cold, it can be harsh and it’s certainly wet in the PNW. Don’t fall victim to the winter time blues and fight the Snowpocalypse head on! Winter time doesn’t have to be all grey and gloomy, and just because a few inches of snow may have completely shutdown your town doesn’t mean you gotta keep inside. Making the most of the extra time you have is the best way to beat the gloom, so why not have a little fun. Whether it’s being creative, prepping for festival season or taking advantage of the snow and hitting the slopes, there’s plenty of ways to conquer the cold weather and have a better time that those sulking at home.

Just remember that each and every days brings us one day closer to warm weather and sunshine. While most of the PNW is rather iill equipped to handle the snow in comparison to say, Colorado, we make the most if it! We live in a beautiful part of the country and thankfully there;s plenty of ways to keep busy. We’ll certainly be seeing lots of you this summer, but for the time being, lets all beat Snowpocalypse 2017 together!

In this article:pnw, rave culture, winter
Up Next:

Night Nation Run is Coming to The Pacific Northwest in 2017!