EDM in Movies: Do New Interpretations Affect Our Culture?
Advertisement The crossing of EDM into the mainstream music scene has made festivals and rave culture more visible to the public eye. Companies see the value in the industry, as festivals across the country are popping up rapidly with big name lineups (although not all are managed properly or with the festival-goers interests at heart).

The increasing popularity of EDM meant it was only a matter of time until it made the cross-over to movies. We Are Your Friends starring Zac Efron and directed by Max Joseph, as well as the Netflix original film XOXO have taken the leap to portray dance music in a movie. Now we see these depictions of our culture on the screen, and we have to the face elements (or stereotypes) as it is seen by others. Keep in mind that these are my thoughts and opinions on the films.

Background: We Are Your Friends

The movie We Are Your Friends, released in August 2015, was short-lived in theaters. The plot describes the life of Cole Carter (Zac Efron) an aspiring young DJ, and his friends, as he establishes his footing in the dance music scene. WAYF shows the varying parts of the music scene; including club life, festivals, and drug use. All actions come with consequences though, and the movie does its part in reflecting that.

The movie also causes us to look at the changes in our culture through the perspective of James Reed — a once great DJ, but now, a washed out mentor. His character can’t help but show how going mainstream has affected our culture. WAYF also pokes fun at genre snobbery, laptop DJs, sellout superstars, and more. I will not go into as much detail about this movie because we wrote a detailed review on it, which you can read here.

So, should we view WAYF as a way to poke fun at our stereotypes? Any one that has been to a festival or likes EDM could find some element of truth within the movie. Where does this truth come from? Is that why it’s hard to watch the movie looking back at us? 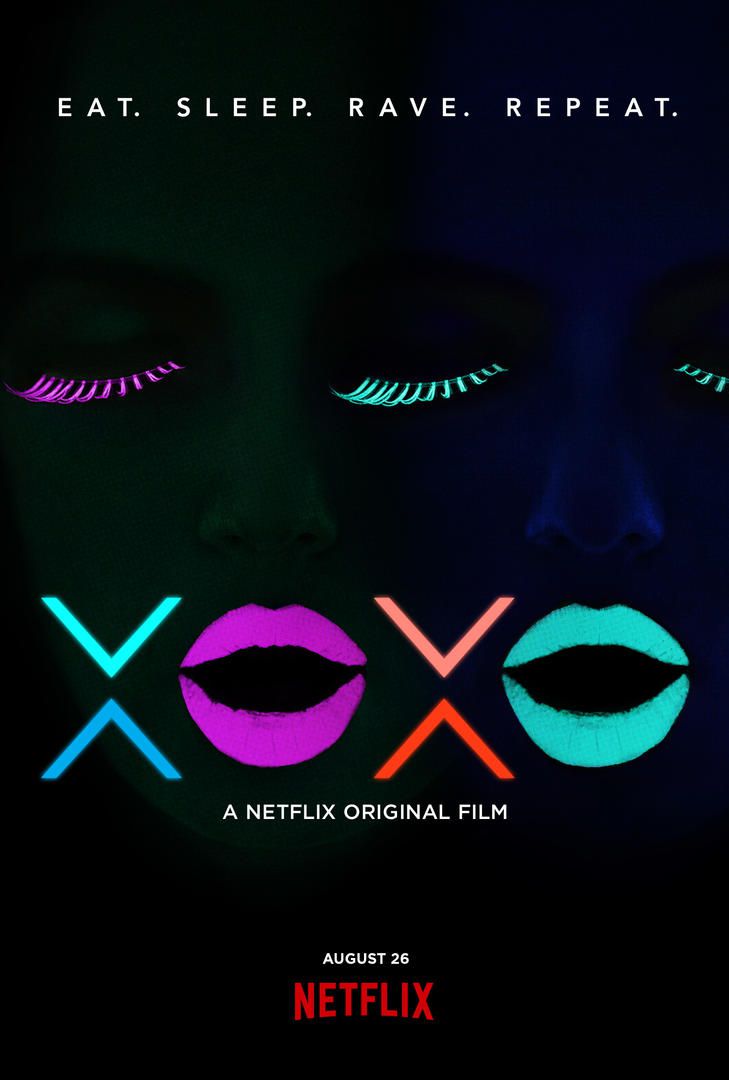 The Netflix original, XOXO, follows more aspects of the festival scene and its attendees, in contrast to only the rising DJ. Ethan Shaw – a young aspiring DJ, and his manager Tariq are included in the movie. But, the plot also follows festival goers Krystal, Shannie and Ray – the rave couple, and Neil – the bitter older guy that hates how the scene has changed (sound familiar?). The plot describes their journey to and attendance of the festival, XOXO.

Ethan Shaw is booked for an opening head slot at XOXO at the last minute, so Ethan and Tariq are in a hurry to arrive on time. Tariq is stuck at his day job, and sends Ethan on a bus to XOXO. On the bus, Ethan meets rave couple Shannie and Ray.

The bus is organized and run by Neil, a record store owner that is bitter about changes in the scene. He spends most of the bus ride criticizing the bro ravers and everything that is now wrong with rave culture. Similarly to WAYF, Neil’s character is present to make us consider how EDM has changed.

Upon arrival security has no idea who Ethan is or if he’s performing, and are hostile in refusing him entrance into the festival. Ray gives Ethan his ticket because seeing Ethan was their main purpose in attending the festival.

The hostile security guard soon announces that there are no more tickets. This prompts Shannie and Ray to go to “desperate” measures, and take the sewage tunnels to sneak into the festival (ew). They basically spend the rest of the movie in the sewer until the end (why? we’re not sure).

After Ethan is finally admitted into VIP, he is greeted by the famous Avillo (hm, sounds like the name of an artist that recently retired) and his manager. Later, Ethan experiences something at the festival that changes him, and decides his future in the music scene. All of the characters end up finding what they are looking for from their experiences at XOXO (yes, Shannie and Ray eventually get out of the sewer). But, the conclusion of the movie ends in a traditionally cliche rom-com way.

In this article:We Are Your Friends
Up Next: Reactions From Around EDM At “We Are Your Friends”