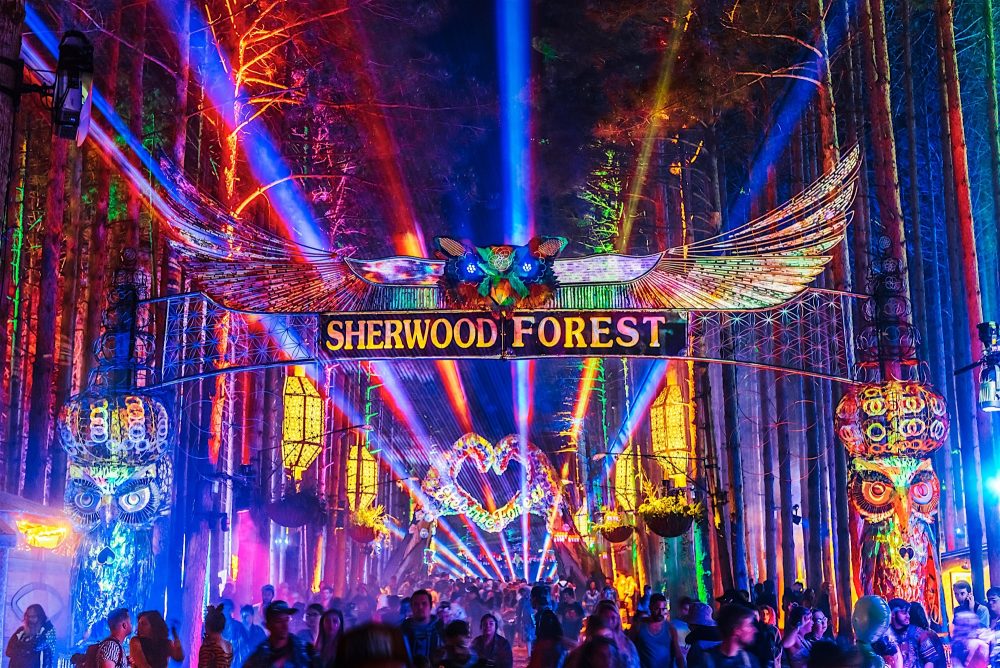 Electric Forest has easily become one of the most innovative music festivals of our time and one of our forever favorite events as there’s not really any other festival like it. Nestled amongst the trees, Electric Forest is a weekend event this year at the Double JJ Resort in Michigan that features the performances of artists from multiple genres, with their main genre focus being EDM and live bands.

As the festival moves towards it’s 8th year with another unorthodox, incredibly eclectic lineup, it is a challenge to begin to analyze the artists on the lineup and formulate your “can’t miss” acts for this year’s event. If anything, this definitely requires a closer look at the artists themselves starting with the headliners, who are impressive to say the least:

Odesza: A duo of producers from our very own Seattle, Washington (Electropop/Indietronica)

Expect a bunch of brassy goodness, an insanely impressive drum line, and highly skilled vocalists. This duo can best be described as the celestial masters of emotion. That type of feel good music that sucks you in and won’t let you go. This group is definitely known for surprises, but one thing that never fails to impress is their insane level of production. Their opening night set will set the definitely set the tone with an amazing spectacle of symphonic sounds.

For those foresters who may have danced the night away and may be running on little to no sleep, a deep and/or tropical house set will be a chill, calming experience. Kygo will likely showcase his signature relaxed and melodic tones to sooth the crowd and float the audience away in a vibey trance-like state. This can only be anticipated as another night filled will all the feels and will lead into what some would say is the “main event” on Saturday evening, but will be incredibly memorable nonetheless.

Bassnectar: Producer from California (Dubstep and Drum and Bass)

Truthfully, this is a guy is full of controversy and mystery. His devoted fans are always exceedingly enthusiastic and his sets can really range in their likability depending on what he decides to throw in. The whole bipartisan attitude among festival goers is actually very captivating. This will be the set that cannot be missed. You never know what he will have up his sleeve, both when it comes to the music and the political statements he has expressed through his sets in the past.

Zeds Dead: A captivating Canadian duo (Various realms of Bass and Trap, you never know what genre they may adventure into)

This duo honestly never fails to impress. For us, Zeds Dead is definitely a “must see” as long as you are still able to move your body by the last day of the fest. Their music is highly hip-hop influenced and with a love for the purer things in life, they are a group who sets always bring you to a happier place. Though it may be hard to pick and choose the artists you get to experience in the forest, you will not regret seeing these guys do their thing.

Now that we’ve taken a look at the headliners, let’s go deeper into the lineup and round out your set schedules with some of our own favorite choices

If you love house, this is set that you literally cannot ignore. Claude, a Detroit native, has a way of easily blending hip-hop and house with a tinge of psychedelic to suck the crowd in and keep them bouncing all the way through his sets. His production background made him a natural with the technical side of things and he will leave you wanting more.

There’s no doubt that Seven Lions has proven himself to be a force to be reckoned with in melodic dubstep arena, but couple that with the magic of the forest and that’s a set that is one hundred percent unable to be ignored. Expect some psy themed surprises as he loves to explore that genre as well. There are few artists out there today that put the level of attention and care that Jeff does into his live performances (which the Pacific Northwest has had the pleasure of experiencing at events like Paradiso and his Chronicles Tour) and this will only continue to show in spades during his set.

Launching back in the 90s as students jamming after classes at the Berklee College of Music, these guys are full of horn-heavy funky beats and will be a welcoming new artist to experience. Its members consist of guitarists Adam “Shmeeans” Smirnoff, Nigel Hall (keyboards, Hammond B-3 Organ, piano, vocals), Adam Deitch (drums/percussion), Erick “Jesus” Coomes (bass), Ryan Zoidis (saxophone) and trumpeter Eric “Benny” Bloom. Check them out for a change of pace and to step out of your comfort zone and vibe with new genres of music.

Though Derek and Scott have been perfecting their craft since 2010, Slander has entered the dance music scene with the feel of an overnight success story. Veteran DJs and skilled producers, Slander has crafted their own genre dubbed “Heaven Trap” with a very adoring following sure to set the entire vibe off on the right foot. Combined with NGHTMRE, these two groups are a match made in heaven and after launching their own dual record label, they are bringing their own GUD vibrations tour to the forest. Festival goers can look forward to combining the best of the NGHTMRE’s heavy dubstep drops with Slander’s signature trap-fueled style.

String Cheese Incident have fused the electronic scene and jam scene together into one and opened many fans interests to another realm of music. This multi-genre group bends musical boundaries and will challenge ideals of what.

The Saturday night Cheese set is always a staple of the forest and for a good reason, as curators of forest from the beginnings of the festival itself, their music is very positive and feel good, and is always a dance party. In our opinion, they are the very roots of the forest, so don’t miss out on getting in touch with your roots, even if Lord Nectar on Saturday is your main priority.

Don’t count out these other artists who’s sets will definitely worth adventuring to: Gramatik, Ekali, Alison Wonderland, Grateful Shred, Kid Quill, Mungion, Tauk, Spafford, The Polish Ambassador, and Thriftworks and check out the full lineup below.

Whatever you choose to experience in the Forest, we stand by your choices regardless. Don’t let opinions shape your decision making and get lost, it’s certainly what the festival is truly about; losing yourself in the moment and making new discoveries. Do you, drink water, take care of yourself and those around you, and be open to all that might happen. Will you be heading to Rothbury for Electric Forest this summer? What artists are you most looking forward to? Let us know on Facebook and Twitter!