Exploring the role of kandi in our scene today (Opinion)
Advertisement 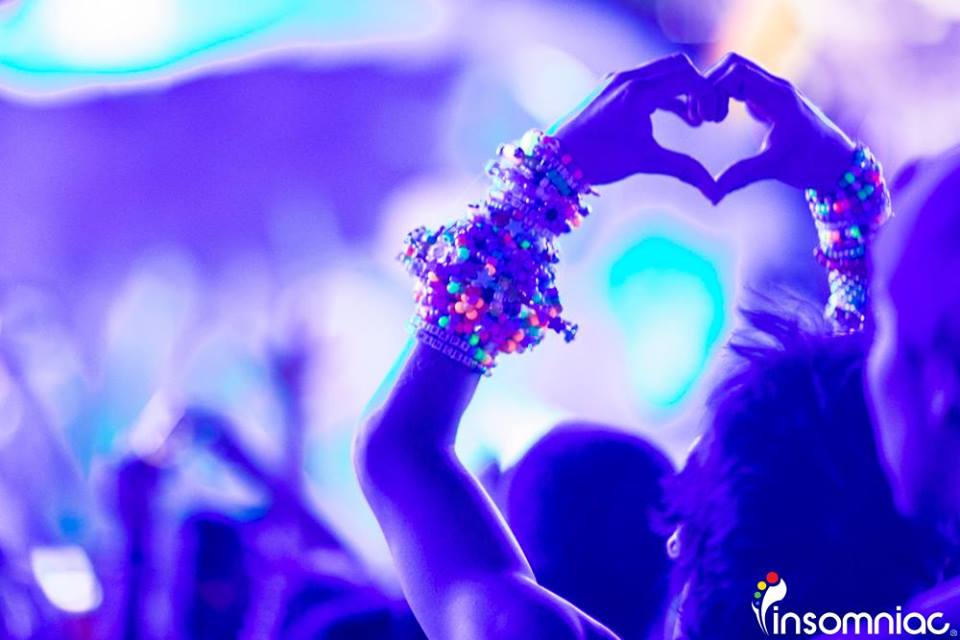 In our EDM community as it exists today, noth­ing could be more PLURR than throwing all your hard earned paycheck on thou­sands of little plas­tic beads that you give selflessly to com­plete strangers. Yes, baby ravers who still might not fully understand the scope of this unique aspect of the rave world, I’m referring to those multi-colored “bracelets” that any seasoned raver would politely correct you about when you ask them if you can have one — I’m talk­ing about kandi.

If you’re new here, kandi (don’t even think about spelling it, ‘can­dy’) are bracelets made with plas­tic or specialty beads that you trade with peo­ple in a show of friendship at festivals, and really any EDM-themed gathering primarily in North America.

These creations typically contain meaningful lyrics, funny sayings, or heartfelt trinkets that ultimately are a little piece of the person trading it to you given without even necessarily expecting anything in return. Kan­di ranges in all kinds of shapes and sizes and can even extend into the exces­sive world of per­lers. The origin myth that kandi emerged as a drug-dealing signal often gets commonly thrown around, but seems to have only hypothetical basis in fact or history. Shana Steiner, an old-school raver from the early ’90s, offers what seems like a more plausible origin: Friendship bracelets.

“They were more out of clay beads and wooden beads then, more hippie-like,” she says of the earliest bracelets traded at raves. “The original ‘kandi’ was just us hippies giving out friendship bracelets.”

The friendship-bracelet theory would be in keeping with the rave scene’s traditional and ongoing interest in childhood cartoons, memories and activities, as well as recognizing the Deadhead scene’s overlap with early rave culture.

What is the underlying point of collecting these pieces? Apart from their obvi­ous high-end rave fash­ion value, kandi is one of the best ways to cre­ate a tan­gi­ble, expressive mem­o­ry with other humans that you connect with throughout your own musical jour­ney. Pho­tos and videos only go so far as capturing the essence of raving, but kandi is an incredibly scene speci­fic way to rem­i­nis­ce on the mem­o­ries and friends you made at dif­fer­ent events.

Ultimately, in our minds, that’s how it’s sup­posed to be. But as EDM continues to grow and encompass a larger audience overall, it has become apparent that newbies to the scene don’t always grasp the concept of prop­er kandi eti­quet­te. The real meaning of kandi has somehow become lost and thrown to the side just so people can make a rave-themed instagram post of accessorize their media-influenced outfit. So, in the interest of maintaining raver integrity, let’s acknowledge the changes that have happened and drop some much-needed truths about our scene today.

Let’s start with the basics for anyone new to the world of kandi, and move from there. First, the “secret handshake,” so to speak: Next, please don’t just run up to ran­dom ravers hold­ing your peace sign up and expect magical piece of Kandi in return. Part of the magic of this unique interaction is knowing where the kandi came from and having a precious memory associated with the per­son you trad­ed with.

It becomes difficult to remember anything magical or want to give out a piece you worked really hard on if you inter­act­ed for 30 sec­onds before disappearing into the crowd. This doesn’t result in the essence of what this culture is all about, namely respect, so remember to actually connect with one another so that your pieces will always have value and purpose.

Also, it is very important to realize that there are many kandi kids out there who absolute­ly love pour­ing their heart, soul, time, and mon­ey into mak­ing top-notch Kandi. So don’t beat yourself up if you get some­thing amaz­ingly stunning, but don’t have any­thing to trade them back. This is an act of pure love and for a myriad of reasons, they have decided they like you! Some of the most selfless and memorable trades happen when you give freely without expecting anything in return, so accept the magnificent gift and smile (or cry if you are truly moved and want your inner sad boi to come out to play).

On that same note, don’t get overly angry with people if they choose not to trade with you. As stated repeatedly above, other humans have significant mem­o­ries attached to the­se cir­cles of plas­tic, so being overly sentimental and wanting to not give away pieces although it might seem like they are covered in it, is ultimately their choice.

One of the biggest and most irritating scenarios in our scene today is probably one of the most frequent that can really affect the PLURR feelings when it comes to trading. It’s some­thing not even the hard­core kandi kids are immune too.

You know the sce­nar­io: You’ve just had a seriously amazing conversation with some­one and you decide that you would love to trade with them. You give them one of your favorite bracelets hop­ing to receive something equally as stunning in return. You wait patiently in antic­i­pa­tion and excite­ment as they place a new kandi around your wrist. Final­ly once you take a look down at your new trea­sure, you can’t help but feel an overwhelmingly sense of disappointment. A rainbow colored piece with the word “Plur” in the mid­dle.

Now, maybe this attitude is elitist if you can create beautiful and unique trades and may­be, it’s too much to expect from a complete stranger. But why on earth are ravers making such basic pieces anymore especially with the level that our scene has evolved today? I just gave you a bracelet with a unique Game of Thrones-themed piecem and this is what you want to pass on in return?! At that point, it’s difficult to not feel downhearted and immediately men­tal­ly not­e that the next per­son ask­ing to trade is get­ting your crap­py kandi in return, because the pretty, glittery artist themed pieces are not going to be given away with caution rather than exuberance. So let’s just sum this up in the best way possible: If you put zero cre­ative effort into your kandi, just be upfront and honest so that everyone’s expectations are set. The­se seemingly useless pieces of jew­el­ry honestly mean the world to peo­ple, so as a rave community let’s give credit when credit is due and recognize the passion that goes into creating every little piece.

The “PLUR handshake” is truly the only way to trade, so make sure you approach each human with kindness and respect the ritual. And keep in mind that some fellow ravers are just genuinely kind and want to give you cand — I mean kandi. (Don’t accept can­dy from strangers). Oth­ers might be neglect­ing a trade because your kandi doesn’t really measure up to what they are want to receive. So take what you have gained from this exploration into this one of a kind part of festival culture, go out into the crowd, and create some memories that will last a lifetime!

What do you think about our kandi culture in today’s scene? Do you have a different opinion? Please share your thoughts with us on Facebook or Twitter!

In this article:Featured, kandi
Up Next:

Nike dips its toes into EDM industry with scene-inspired shoes