San Francisco Bay Area-based producer Giraffage is back on the scene with his third full-length album, Too Real. Known for his dreamy, sample-based and R&B influenced sound, Giraffage seems to have expanded outwards and upwards on Too Real. A swell in confidence and production skill is evident, and it’s a journey from start to finish.

The album starts bright and cozy with Do U Want Me. It’s recognizably Giraffage, with more of a polished, driving sensibility about it. The chopped vocals are calming and the leading synths ground you in the track. It’s the perfect transition track and introduction to the latest version of Giraffage’s sound.

As the first single from the LP, Slowly manages to perfectly encapsulate the album as a whole. It’s shimmering and fun, with sections of groovy bass and a sweeping landscape of layers. It also showcases another Giraffage signature, where the vocals sound completely chopped, but actually are full verses and a chorus. This really binds the vocals to the instrumental and makes them integral to production of each track as a whole.

This love for you, yeah, it takes time
But it slowly grows
The hands upon the clock don’t mind, no

One of the most distinctive tracks on Too Real is Green Tea, featuring Angelica Bess. With taut bass anchoring the production, Bess’s smooth vocals cut through sharp synths on the chorus. As the track opens, you’re not sure where it’s going to go, and it keeps you on your toes.

Throughout the LP, Giraffage expertly blends elements from various subgenres of electronic music. Earth and First Breath both dive into some of the heaviest bass we may have ever heard from him. Meanwhile, Maybes exhibits a nice drum and bass tempo and features the up-and-coming Japanese Breakfast. The whole album features 80’s- and 90’s-influenced sound, and doesn’t completely skip out on R&B, either.

Too Real proves Giraffage’s ability to tell stories beautifully, set a scene with emotion, and ultimately, break down the beat. The dedication and attention to detail is crystal clear on each track. What’s more, so is the versatility of the album as a body of work. Not only does the tracklist cover a wide variety of sound, but each song is also applicable to a variety of situations. They’re songs for a long drive, relaxing in bed or hitting the dance floor. In short, you’d be hard-pressed to find a situation where one of these 10 tracks didn’t fit.

As the first full release from Giraffage since Needs dropped in 2013, it’s exciting to think about the progress and potential Too Real represents. Reportedly two years in the making according to his Twitter, the album is a clear labor of love. It showcases sprawling production and smart, thoughtful innovation.

All that being said, Giraffage is sure to bring some heat to his upcoming tour promoting the album. Check out the LP below and snag some tickets to see Giraffage at one of his Northwest stops next month!

What show will we be seeing you at? Do you have a favorite song of the new album? Share your thoughts in the comments! 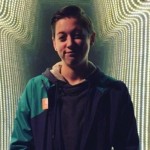