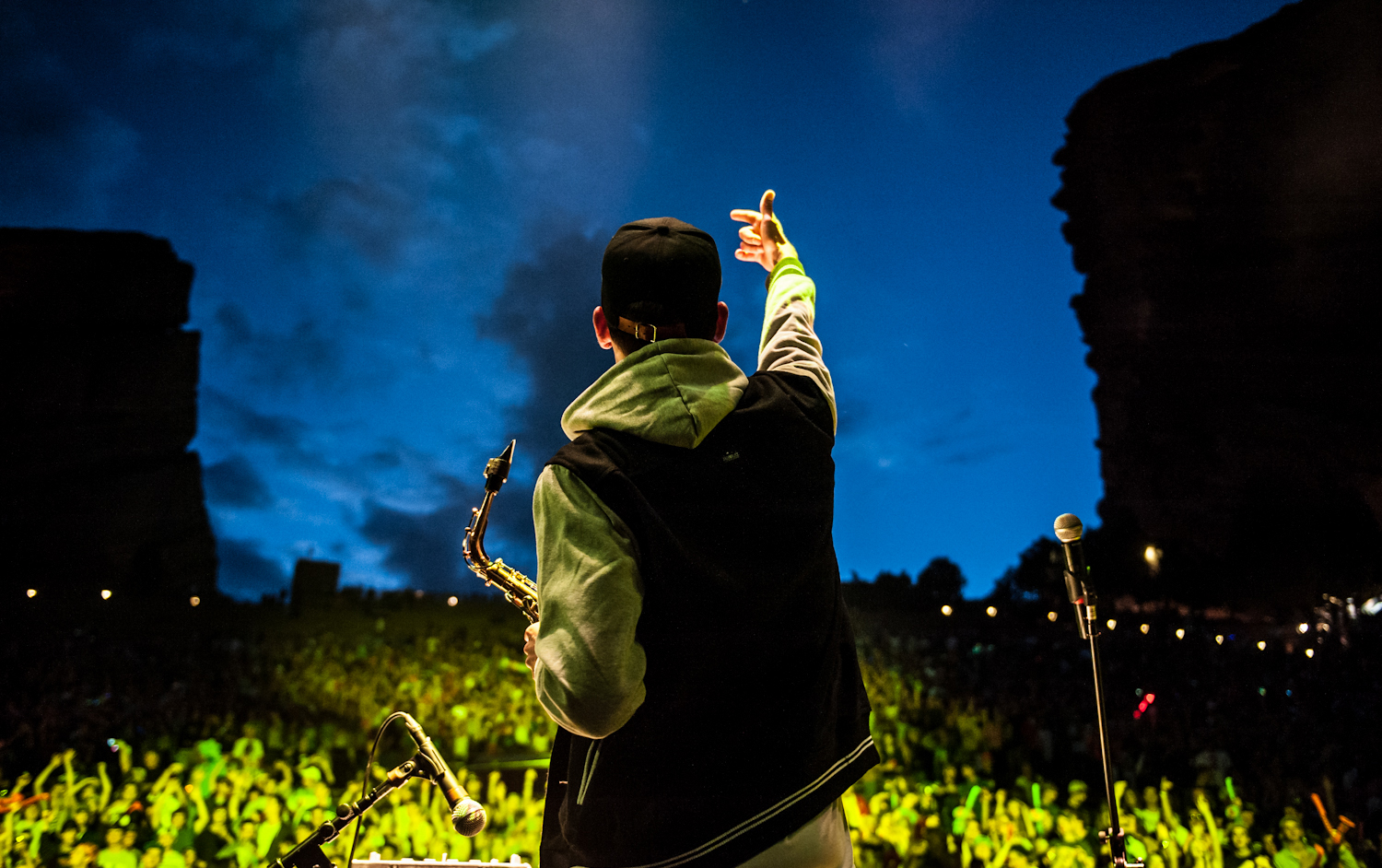 Grant Kwiecinski, better known as Griz, came out to the world with an inspiring op-ed piece for the Huffington Post back in 2017, and the following year he was named Michigan’s Face of Pride by USA Today. He openly advocates being a good example for gay culture, and since then he has partnered with Dan Savage’s It Gets Better Foundation. Griz even hosts an annual 12-day celebration in Detroit called “Grizmas.” This December will mark its sixth year helping raise funds for music education in Detroit public schools.

Unfortunately, in the EDM community, there are few queer role models and even fewer that create music with hip hop artists. His most recent album Ride Waves came out in 2019 featuring hip hop legends such as Snoop Dog and Wiz Khalifa.

In an exclusive article with Advocate Griz says, “These guys just don’t care, they have gay friends, are allies, etc. But sometimes you hear gay jokes or framing of being gay as lame, weak, or ‘wrong.’”

His work helps bring acceptance of the gay community into the hip hop world. Give a listen to one of Griz’s meaningful tracks Find My Own Way here.

Griz talks more on his work with the It Gets Better Foundation with Advocate as well. “I feel like if you’re in a position to be of service to your community it’s kind of your responsibility,” the DJ says. He believes in fighting ignorance and “showing people that queer culture is dope.”

“We’ve got to help our people if we want a to see a better world. Personally, I just want to help. It breaks my heart to see people struggle. The kids are our future. We should give them as many platforms and resources to be healthy and thrive. It Gets Better provides that and connects queer people. They build community and create safe spaces to facilitate growth. I’m all about that!

You can catch Griz playing Fractal Forest at Shambhala on August 11th. His Season 2 ride waves tour will come to the PNW area in October as well.

What do you think of Griz’s Spread Love, Get Love message? Let us know on Facebook and Twitter!