EDM wunderkind Moore Kismet is going on tour after the release of their debut album Universe. They will be performing at Neumos in Seattle with support from Pauline Herr on October 7th. The 17-year-old producer has wowed audiences and quickly taken off into stardom. Moore Kismet has already played around the PNW including Beyond Wonderland at the Gorge. Last year they were the youngest artist to ever perform at Lollapalooza, EDC, and Tomorrowland. If you have seen them live, you already know why it is such a unique show to see.

The energy and genuine excitement Moore Kismet brings to the stage is as infectious as it is stimulating. Their fascinating sound and aesthetic have gained them massive support, earning renowned titles like Billboard’s “21 under 21” three years in a row and even recognition from the Grammys. It is truly astonishing to see someone who just graduated high school this year have their own headlining tour, and we couldn’t be more proud.

Alongside being a talented musician, Moore Kismet has been a strong voice and advocate for the LGBTQ+ community. They have spoken with the likes of NPR, Billboard, and Paper magazine on topics of normative social ideas, political backlashes, and the realities of being a high school student and touring artist in today’s world. To say that they are courageous for how much they have done at this age is an absolute understatement.

Moore Kismet’s graceful intros and nostalgic arrangements help to create an incredible listening experience. Proof of this can be found in the millions of listens per song on their feature album and almost half a million monthly listeners on Spotify. The feelings and attitudes of their music are only amplified when seen live. Watching someone work the stage like Moore Kismet is seldom seen in the EDM community and makes for a more personalized and thrilling experience. We can only expect to see more great things from them and can only imagine what will come next.

You can listen Moore Kismet’s hit album ‘Universe’ here, and tickets for their tour stop in Seattle at Neumos on October 7 can be found here. 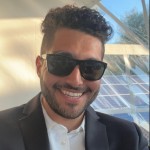