Headbanger 101: Mosh Pit Etiquette and How to Make It out Alive
Advertisement 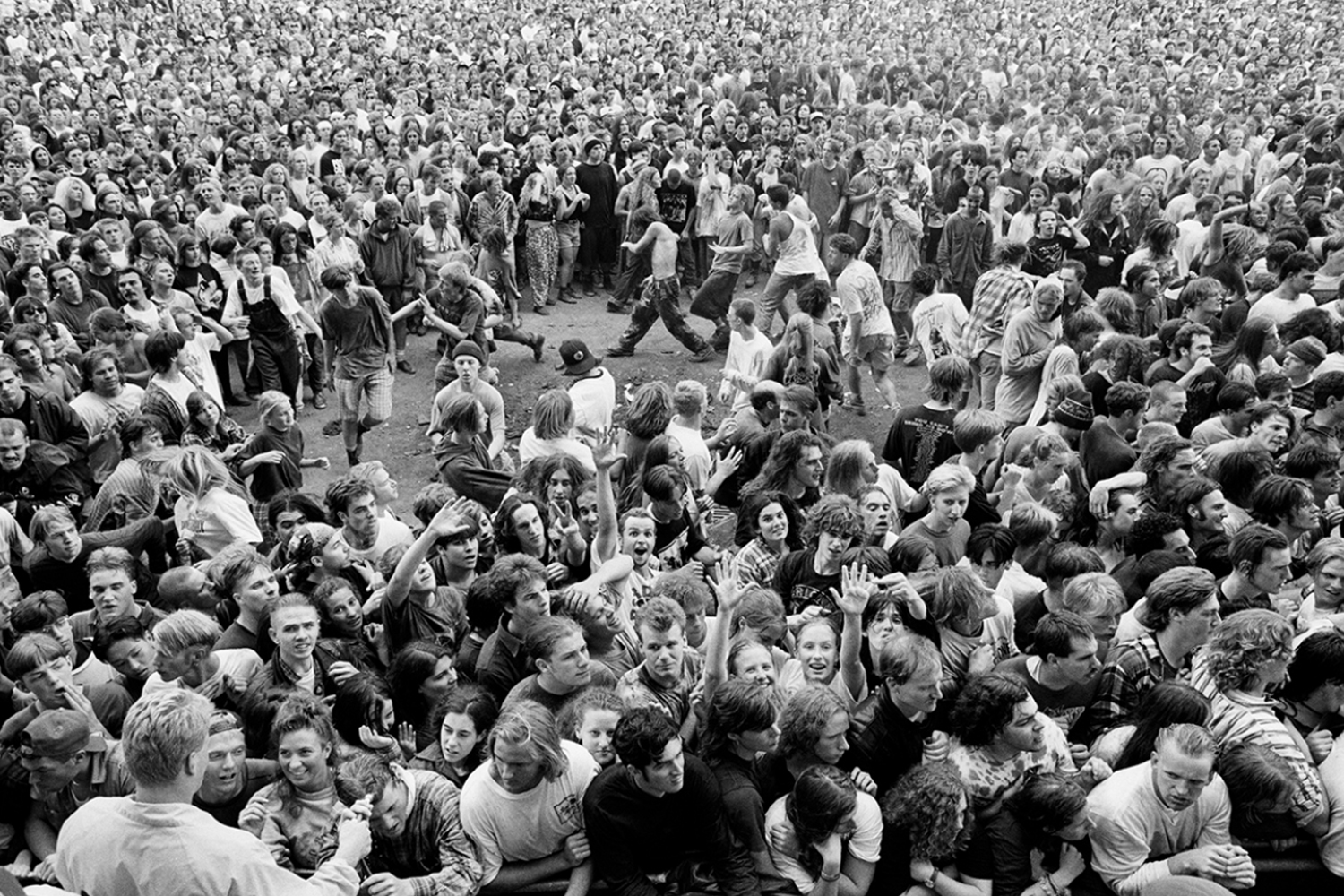 Dancing has always been a part of music culture, no matter how far back you go. Whether it’s a waltz, a shuffle square dance, or even the “Electric Slide”, dancing has been an expression of what music makes u feel. For years, a community of metalheads and punkers have been expressing just that through the form of a mosh pit. From an outsider’s perspective, the pit comes as absolute chaos, full of mismanaged violence and aggression. However, to a seasoned show-goer, you’ll likely know there is some method to the madness. As bass music has been on a massive upswing the last few years, so has the level or rage that can be felt in producer’s latest tracks. With so much to process, we’ve taken a look at what’s really going on in a pit.

Arguably the most controversial method of dancing is, without a doubt, the mosh. A form of expression often filled with plenty of pushing, shoving and chaos, but also an underlying code of conduct. Moshing has been making its way into the bass music scene for a while now and it’s easy to see why. The parallels between the metal/punk and bass music scene are quite similar. We’d even go as far as to say it’s the reason genres like dubstep have seen a growing number of fans. Regardless of how you may personally feel about a mosh pit, they’re likely here to stay, so why not learn the proper way to mosh or survive a pit.

If someone falls, PICK THEM UP!

Seriously, we can not stress this one enough amongst all other rules. A mosh pit can be a dangerous place, especially for someone who’s fallen on the ground. It’s important to know that when you make the decision to jump in, that everyone has your back, and you’ve got theirs. This cardinal rule directly coincides with both”R’s” in PLURR, Respect and Responsibility, and is important in ensuring everyone makes it out in one piece. Expect people to fall, it’s going to happen, but making it your mission to purposely put people on the ground is (for lack of better words) a dick move and an easy way to put a target on your back.

It’s not a fight. If you’re there to hurt people then stay out

A mosh pit allows you to release some aggression because the music gets you hyped, not because you want to fight. It’s hard to not get a bit riled up when Throwin’ Elbows or Prison Riot get dropped, and sometimes pits happen for that reason. Don’t be the person who’s there to hurt other people because that’ll put you on the fast track to a hit list, and possibly getting thrown out. Be conscious of your surroundings and your movements and avoid letting your limbs flail too much and potentially into someone’s face. If by some chance you catch a stray limb, don’t take it personally, chances are it was a mistake. If you’re on the giving end of a mistaken blow be sure to check that your victim is ok…maybe even throw in a hug for good measure and mosh off arm in arm.

Keeping this in mind, pay attention to your hands. Avoid making fists, and instead, keep the mosh moshing with open hands. Moshing is more pushing and shoving than anything so don’t be the guy (or gal) throwing haymakers. General elbow throwing and swinging are also totally fine and acceptable but again be aware of your surroundings and make sure you’re not to knock out a fellow rager.

Not everyone wants to be in the pit

Understanding that a pit isn’t for everyone and respecting other people’s boundaries is very important. Much like a tornado, a mosh pit can spring up unexpectedly and take everything in its path with it. If you’re wanting to avoid being swept up, we’d suggest making a quick move to the edge the moment you see a pit open. If you do want to be involved, then give the space a minute to develop, and allow the nonparticipants an opportunity to escape before letting loose. There also a good chance the DJ you’re seeing will prompt a pit to get going. The line “LET’S OPEN THIS SH*T UP” is a good indication that things are about to get rowdy and a good time to vacate the area.

It’s also key to understand there is a structure to a mosh pit, even if you’re standing around the edges you’re not entirely safe from chaos. If you want nothing to do with it just step back and let those who do move in front of you. Being on the edge requires your attention and if you’re too busy watching the show there’s a good chance you may catch an unintentional elbow.

You dropped your pocket!

With all the chaos and running around, there’s a good chance someone may lose a wallet, phone or keys. One thing that’s almost certain in any mosh pit is someone, at some point, will lose a shoe…trust us. While you obviously want to keep your head and eyes up, if you happen to see someone flail a hat or notice a set of keys on the ground, pick them up. Before handing them over to the bar staff or security simply place the flailed item about your head. Don’t let this newfound possession hinder your ability to mosh though, continue on and it will eventually find it’s way back to the rightful owner. Chances are the person who lost it will notice pretty quickly (especially if it’s a shoe) and will be looking. What better place to look amongst the mayhem than above everyone’s head.

Just because you found a rad new pair of sunglasses or phone on the floor doesn’t make it yours. If the item you find is something valuable, turn it in after the show if no one claims it. Things like kandi or miscellaneous festival attire are generally fair game but don’t be bummed if someone says “Hey, that’s mine!” Just hand it over and no foul done.

Take in only what you need

Really, the only thing you need in order to fully function in a mosh pit is yourself. If you have a backpack or anything else hanging on your body, either buckle it down, tuck it in, or hand it to a friend. If you’re wearing things like perler necklaces there’s a good chance it will be ripped of. If you wear prescription glasses and can see without them we’d suggest taking them off or avoiding the pit altogether. Go into a pit understanding there’s a good chance you may lose or break something, and if you don’t want that to happen, leave it behind with a friend or stay out.

Another thing to keep out are drinks; they just don’t belong. Water bottles are fine as long as they’re capped but keep it in your hand and don’t let it go. Throwing anything like a beer or full water bottle is both a waste and generally frowned upon. No one wants to get hit by a rogue beverage in the back of the head.

The governing body of a seemingly disorderly mosh pit is, unmistakably, respect. Everything we’ve covered up to this circles back to respecting either yourself, others, and even the venue. It’s key for both those in and out of the pit to respect both personal space and personal safety. Remembering that a mosh pit is not a place to cause people harm but a place to have some fun and let out a little rage. This doesn’t mean they’re acceptable at all shows, so don’t be the person trying to start a pit during Above & Beyond. If you’re attending a bass show, know there’s a good chance a pit may break out and be prepared. We’ll be the first to say that there is no wrong or right way to go about enjoying yourself at a show. And whether that be “on rail”, in the pit, on the bleachers, or somewhere in between, everyone is there to enjoy themselves and have a good time.

Also, keep in mind that most venues understand these general rules and will allow a mosh pit to go on and self-govern. If for some reason things get a little too rough don’t be surprised if they send a security guard to keep tabs on everything. Understand security isn’t there to harsh your vibe, but if things are getting out of hand it is their job to regulate. If they say stop then you respect their request, as choosing to ignore them is a great way to be thrown out. Respect can go a long way, so be sure to keep that in mind both in and out of the pit.

Regardless of how you may feel about mosh pits at shows, they’re here to stay; but, while they certainly have their place, not every show will have one. Know that if you’re attending any show with heavy bass there’s a good chance you’ll see one, so be prepared. Mosh pits are not for everyone but neither is shuffling, kandi or hooping. The great thing about dancing is that it’s an expression of how music makes you feel. If that way just so happens to be filled with some pushing and shoving, then take it to the pit. The pit is supposed to be a place where others can also get a little rowdy without the worry of being knocked out but some agro dingbat. If you’re making the move to hop in, just keep in mind they can be dangerous, but as long as everyone is respectful you’ll likely only leave with a few bruises.

Ultimately, everyone came to the show to have fun and that fact should always be in the back of your mind. You don’t want to be responsible for ruining someone else’s night. So, have fun and be respectful. Mosh pits are not meant to hurt people or start fights so watch out for each other and pick up those who fall. Following general mosh pit etiquette can go a long way to you enjoying yourself and making it out alive. How do you feel about mosh pits at shows? Feel free to leave a comment and keep the conversation going.

Why Excision’s Festival Should Definitely Be At The Gorge (Opinion) 5 Quick Tips to Remember When You Lose Your S.O. At a Music Festival Rave 101: A First Timer’s Guide to Raving and EDM 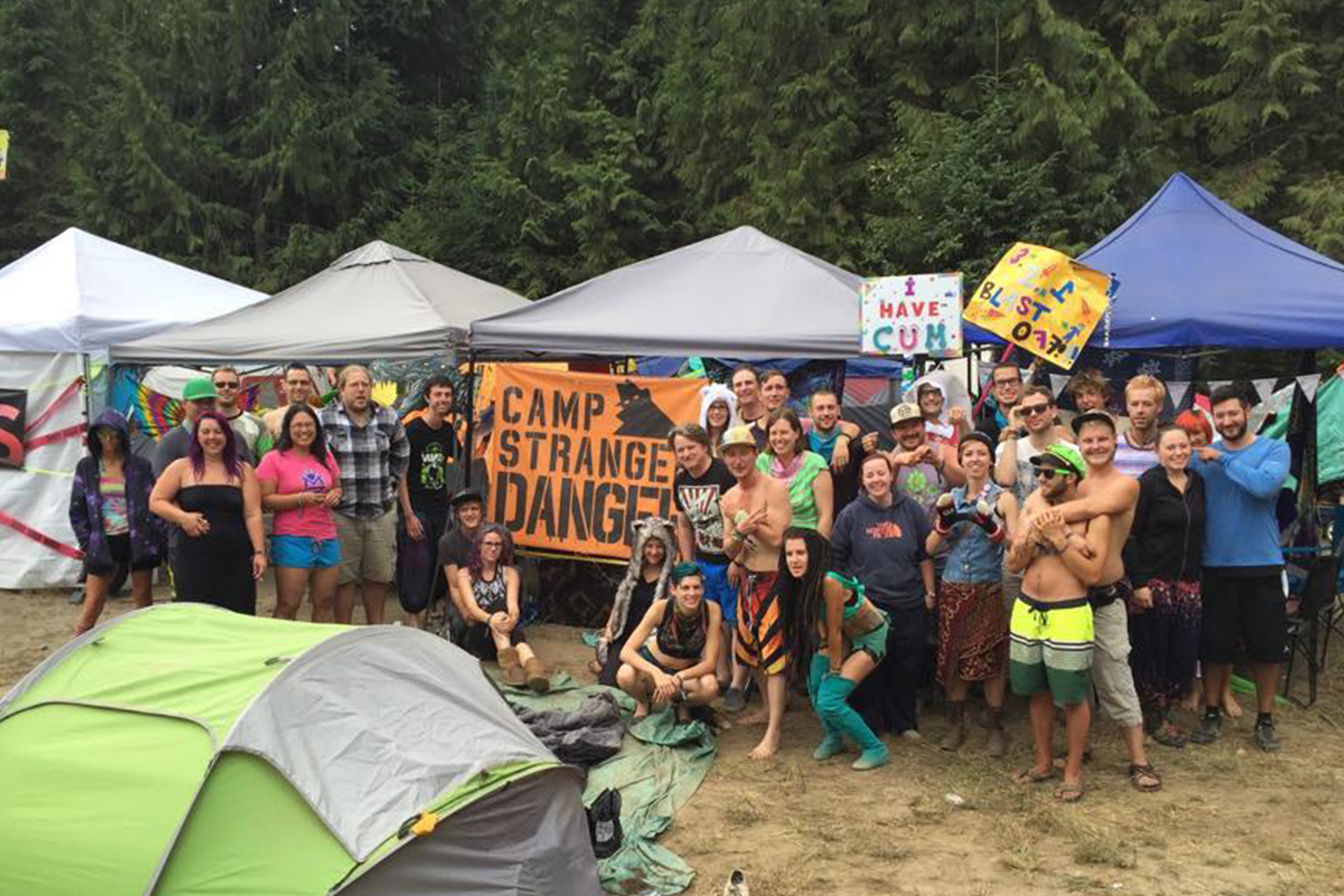