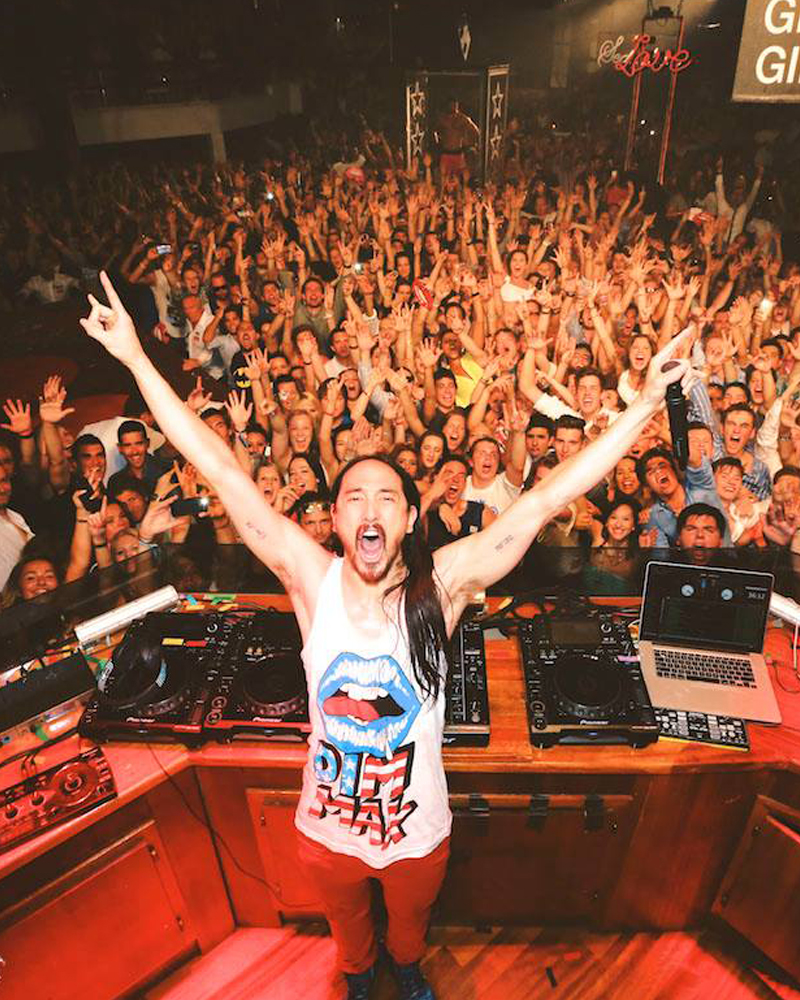 Like so many things that are a shadow of the epicness they used to possess, Ibiza has become more than a little overpriced. While tickets and hotel packages to the trendy Spanish resort area haven’t skyrocketed too much, clubs are completely capitalizing on the surge of partygoers flocking to the island. Entrance to some of the clubs is upwards of $100, and drinks are hovering around $20. Oh excuse us, we mean a SINGLE drink is $20. You can find yourself easily spending over $100 in the course of just an hour in one club. Partygoers at Ibiza getting wild on a boat party.

Our question of course is, “Why so expensive?” In news that we’re sure is a shock to nobody, DJs are more expensive now, which in turn drives up prices. Before EDM really took off it wasn’t as much about the name of the DJ as it was the type of music you wanted, whether it was house or heavy bass or trance. Now people are seeking out the big names such as Afrojack, David Guetta, Steve Aoki and Calvin Harris, names that are familiar worldwide. Others such as Steve Angello and Paul Oakenfold are more apprehensive about the new environment in Ibiza, and yet as Steve Angello says, “I’m playing in Ibiza this year, only because they pay well.”

Yes, Ibiza is even more legendary for EDM fans than Vegas, but more than ever we are finding that the same artists who play in Ibiza are popping up at new Vegas legends such as Hakkasan and Wet Republic. Given that the sunshine is hot in Vegas as well and the prices aren’t quite as exorbitant we’re seeing Sin City as a much more attractive option than flying halfway across the world, especially when there are more worthwhile reasons to fly over such as Tomorrowland. However, we realize that it may be one of those “you just have to be there” experiences to truly understand. This is where we turn the tables to you. Have you been to Ibiza? Was it worth the hype or did you come home broke and less than satisfied?