Local Spotlight: Seattle's own Marc Rousso on his return to DJing
Advertisement Marc Rousso got his start as a DJ for clubs and parties in the early 90s. A Pacific Northwest local from South Seattle, Rousso had already punched in for hundreds shows as he approached his mid-twenties, but decided to shift his focus t0 building his real estate career. In 1995, he hung up his headphones and started his path to becoming an entrepreneur and a father.

Six years ago, however, Rousso had the opportunity to put his hands on some DJ gear again while at a wedding. This was enough to reignite his forgotten passion of almost 20 years, and immediately the following week he bought equipment, digitized his CDs from his early playing days, and relearned the craft. Starting off, he DJed at local fundraisers and parties once in a blue moon. Eventually he set a goal in 2019 that he would play at clubs and festivals again one day.

It’s been three years since he set his goal, and with the big return wave of festivals Rousso is making good on that. When we caught up with Rousso over Zoom, he was days away from playing two shows: opening for Claptone at Belly Up in Aspen and then Masquerade at Miami Music Week (which featured James Hype and Fatboy Slim). On top of his evolving DJ career, Rousso is the CEO of JayMarc Homes, which builds custom luxury homes in the eastside of Lake Washington. When he’s not playing at high profile festivals or running a company, Rousso uses his music to contribute to things that mean the most to him. He has created his own imprint, Charité Records, where 100% of the proceeds generated from his music go towards Friends of the Children, Seattle Chapter. This nationwide organization aims to break the cycle of generational poverty by pairing professional mentors with children from areas that face systemic obstacles; a commitment from kindergarten up until high school graduation, no matter what. Donate to, and learn more about Friends of the Children here.

Check out Rousso’s most recent release, Coffee in the Morning. The track is a sultry, bumpin’ taste of nu-disco with a funky bass and insatiable vocals. Perfect for getting ready for the night, the club, and even for after hours.

Rousso attributes his success in DJing and business to true conviction of your vision, the persevering belief that anything is attainable, and both the tangibles and intangibles of mentorship. As the leader of his company, he teaches his employees the importance of goal setting and how to live all equities of life to the fullest. His business achievements provide him the freedom of pursuing his eternal love for music.

Rousso has had an unconventional path as an artist, but we believe that fits with the spirit of Seattle. Unconventional in some ways, yet all the more successful.

Read more about what’s it like for local Seattle DJs here! 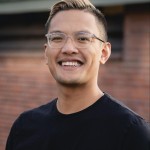