A day after their sold out show at The Paramount in Seattle, Grammy award-winning DJ duo Sofi Tukker performed in a much more intimate setting: Nathan Hale High School. The concert was for blood donors who had participated in Bloodworks Northwest and C89.5’s “Music’s in Our Blood” drive.

Seattle’s OG dance music station, C89.5, invited the DJ duo to perform for blood donors as part of the “Music’s in Our Blood” Drive, presented by Bloodworks Northwest. Throughout the end of last year, Bloodworks Northwest partnered with C89.5, KEXP, Sub Pop Records, Starbucks, and the local music community to generate awareness for the critical need for blood donors through music’s ability to drive connections.

The blood drive had established a goal of 20,000 new and re-engaged donors by the end of 2022. Thanks to the hard work put in by everyone involved, this goal was met! What followed was a night of celebration for the donors at Nathan Hale High School with Sofi Tukker’s biggest hits.

This campaign was immensely successful, and it took lots of engaged parties to make that happen. Marshall Hugh from Seattle’s venerable Marshall Law Band served as a brand ambassador for the “Music is in Our Blood” drive. The band is recognized in the community for its energy and activism, specifically for encouraging blood donations. Marshall says his experience with promoting the Bloodworks NW message has been really rewarding.

“When I learned about the massive blood shortage and the need for 1,000 donors a day just to keep up with demand, I thought that if I could use my platform to even get 100 people to donate,” he said, “I’d be using my platform responsibly and helping support the community.” Hugh encourages other musicians to get involved, stating that “as musicians, we are searching for a higher purpose and to actively create change in our community. Getting involved with the ‘Music’s in the Blood’ campaign is the perfect way to do that. Not only can you donate blood yourself, but you can use your platform to educate and encourage other people to donate blood.”

Another major driver and promoter of this campaign was C89.5. Ron Chatman, the station’s new Program Director, assures people that “there is nothing to be afraid of when donating blood. [C89.5] wants to make sure everyone in the Seattle dance community has a long and healthy life. One of the ways [they] can do that is by making sure blood donations continue.” It is heartwarming to see the radio station get involved in social causes in the community and go beyond music. Chatman says, “We’re here to be a part of Seattle. We’re here with young people, teaching them to be the next generation of broadcasters and podcasters. We really want to make sure that the message gets out there.”

We’re here to stay and if you stick with us, we’ll teach you something. – Ron Chatman, C89.5

C89.5 started the conversation about getting Sofi Tukker involved with the campaign and was met with immense support from their label, management, and the artists themselves. Seattle was so excited about Sofi Tukker’s private performance. At the show, we met a fan, Dustin I., who donates to C89.5 because he believes in supporting the music you love. He was invited to see the show as a reward for being a donor, and was super excited to have gotten the opportunity. Sophie Hawley-Weld of Sofi Tukker reaches out her mic to a fan in the crowd | © Dance Music Northwest, Glen Sears

Even Harmony Soleil, the station’s Music Director, felt especially inspired by this campaign.

“I’ve donated a gallon of blood. I started donating blood here at Nathan Hale High School when I was 16. To start there and to end up here with the community feels so good. To have it come full circle is super cool, especially because it’s a cause I really believe in. I have a universal blood type, so it feels extra important to donate because I can save lives. It’s so cool to see people come out for this cause and to see Sofi Tukker having so much fun up there.”

“Thank you everyone for supporting your community,” said Sofi Tukker. “Thank you for donating blood. Thank you for making the world a better place.”

In this article:C89.5, sofi tukker 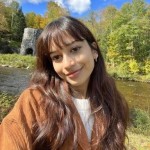 Donating My Car To C89.5 Was The Best Thing I’ve Ever Done For Charity (Opinion)