Pemberton Rolls Out Yet Another Incredible Lineup for 2015
Advertisement Last year, Pemberton Music Festival blew us all away as a younger event hauling in a killer lineup. Back in 2009 it was cancelled indefinitely, leading many to believe that the British Columbia festival would be lost to the sands of festival season. But then 2014 saw its triumphant return to prominence, unveiling a huge lineup featuring deadmau5, Above & Beyond, Nine Inch Nails, Girl Talk, and Justice. Our own boots on the ground had an amazing time, so needless to say this particular announcement has been a long time coming.

More Reading: 7 Things We Learned About the Revival of Pemberton Music Festival in 2014

Year 2 of the Pemberton relaunch is set to run from July 16-19, with headliners Kendrick Lamar, Bassnectar, Tiesto, The Black Keys, Dada Life, Weezer, and so many more. But the real kicker hidden at the bottom of the poster (no, it’s not an April Fool’s joke) in the arrival of Jack U’s Full Flex Express. Skrillex and Diplo’s supergroup will roll through to headline a stage alongside Zeds Dead, A$AP Ferg, Hundred Waters, and an Anna Lunoe b2b Mija extravaganza. Tickets go on sale Friday, April 3rd at 10am, so set your alarms now to avoid missing out on yet another insane summer festival experience! 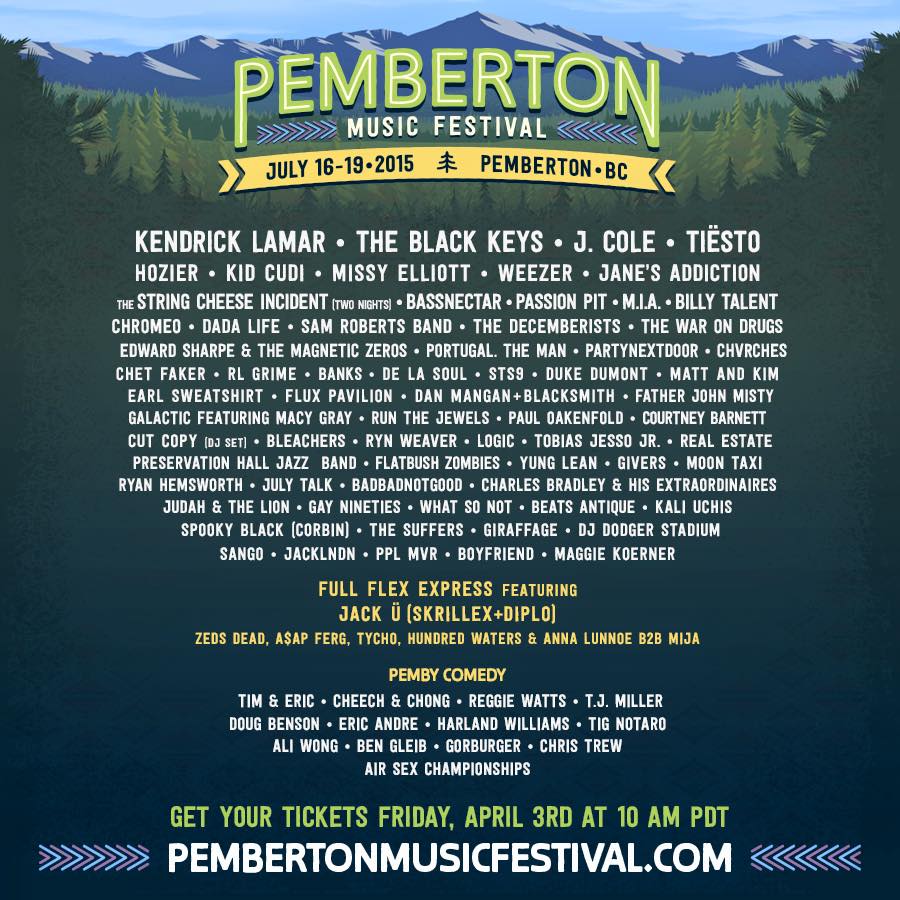