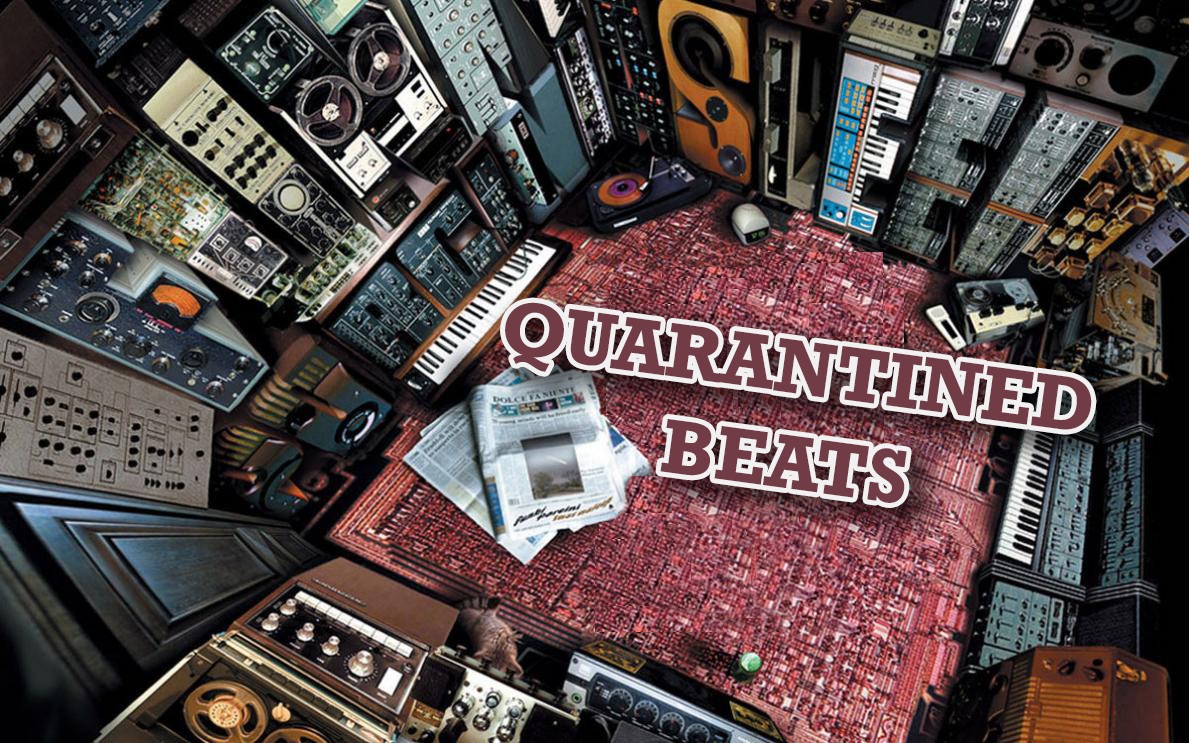 UPDATE, 6/5: Bandcamp is waiving its share of sales through midnight tonight (June 5) to support artists impacted by COVID-19. Next Friday, it will be donating all its shares of sales to the NAACP Legal Defense Fund. For more information on other record labels donating funds, check out Bandcamp’s full list here.

From canceled shows and postponed festivals, to live-streams and virtual raves, the 2020 festival season isn’t anything like we expected. Adjusting has been tough, and the impact on the music industry as a whole remains to be seen. But, staying positive and focusing on the good things in life is never a bad idea. That’s why we’re so excited about Quarantined Beats.

Several weeks ago, Seattle-based producer and DJ Toastercookie, aka Angelo Carosio, came up with a great idea: A compilation album created by Northwest artists stuck at home during the region’s government issued stay-home orders. Great idea, right? We thought so, too. So, we teamed up with Toastercookie, and collected submissions from artists throughout the Northwest for about six weeks.

On April 20, we released the first track from the album, Dark Before the Light. A collaborative effort from Seattle’s Pressha and AŞKIM, the tune got us off on the right foot. Now, the rest of the album is here.

Featuring 18 songs, curated by Toastercookie, Quarantined Beats is an example of what the Northwest dance music scene is capable of, even during the toughest of times. Our region’s diversity is showcased, too. The album features a wide variety of tech house and funky tunes, along with a healthy sampling of bass music as well.

“I am really proud about how the compilation turned out. We ended up with tracks from a wide variety of genres that really showcase the diversity of our local producer scene. I had a great time working with everyone and am stoked to be able to give a platform to some brand new artists, as well as more established ones. I hope you enjoy it!” – Toastercookie

Those interested in downloading the album can do so on Bandcamp for whatever price they’d like to pay. All proceeds from downloads of the album will be donated to the Nightlife Relief Fund. The support network has been helping raise funds for professionals in the nightlife, music, and arts industries in our area. Throughout the last couple of months, they’ve helped out employees and staff at Northwest venues such as Substation, Kremwerk, and Monkey Loft.

Any time we get new music from Northwest artists, we’re happy. Getting a bunch of them at once, while staying creative during trying times and helping out a good cause, is a great example of what sets our community apart.

Let us know what you think of Quarantined Beats, and what tracks from the album are your favorite! Share your thoughts with us by commenting below, on Facebook, or on Twitter!

In this article:COVID, Featured, Quarantine, quarantined beats
Up Next: