Rain Man, formerly the third member of Krewella, is starting a new chapter in his musical career with former Kill Hannah frontman Mat Devine. The two are teaming up to form a electronic duo called Hunter Square. Rain Man stirred up controversy last September by suing the Yousaf sisters for kicking him out of their supergroup. In his $5 million dollar lawsuit, Rain Man claimed that Jahan and Yasmine fired him after he sought treatment for alcoholism. He claims the sisters were not a fan of his sobriety. The Krewella duo made a rebuttal in a statement to their fans, saying that he wasn’t fired, but instead resigned. Aside from the he-said-she-said, who actually knows what happened? In any case, we will keep you updated on the lawsuit as it gets hashed out in the future.

Rain Man and Devine have some common ground, having been a part of highly successful and popular groups. Rain Man took to Twitter to clarify that Hunter Square was just a side project and not their new band, hinting at a future solo project in the works. Their debut track for Hunter Square is a remix of Devine’s Falling In Love Will Kill You, under his solo alias Wrongchilde. So far, we’re a bit underwhelmed by the generic electro-pop tune. However, we’re interested to hear what Rain Man has in store for us as he continues to find his own individual sound.

Are you feeling the debut Hunter Square track? Let us know down below, on Facebook or shoot us a Tweet!

In this article:Hunter Square, Krewella, Rain Man
Up Next:

‘Evil’ Electric Forest To Return In 2015 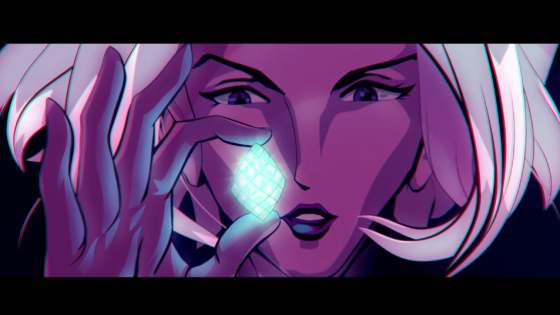