It's A Record Setting Summer, Do You Really Need Fireworks?
Advertisement 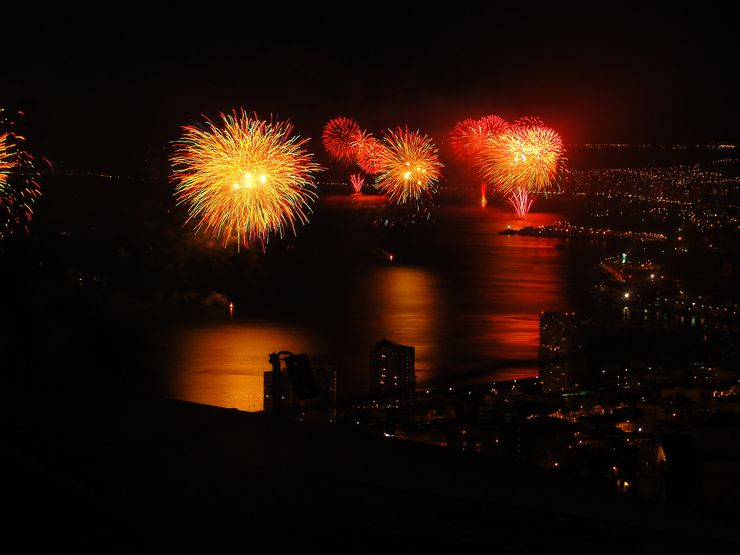 It’s 4th of July weekend, Hooray! It’s time to party the way our forefathers always dreamed we would; by getting blackout drunk and handling large quantities of explosives at the exact same time. Truly, it is the penultimate celebration of American independence. Well, it’s the ultimate celebration for those not headed to Canada for FVDED in the Park, but that’s a different story.

However, for all you dance music revelers turned patriots, it’s important to keep one thing in mind—this summer is hot. Terrifyingly hot. Record highs are being set throughout Washington, Oregon, and Idaho. Not just daily highs, either, a few areas, such as Omak, WA, and Bonner’s Ferry, ID have set all-time records. Over in the Spokane area, it hasn’t rained more than a quarter inch since the 2nd of June. Furthermore, the Department of Natural Resources also expanded the burn ban into Western Washington on June 22nd, so there’s that element too. Image courtesy of The Office of the Washington State Climatologist

We’re not going to go into any global warming implications, because a multitude of more credible sources than a dance music magazine have already weighed in on the issue, but we are going to plead for a modicum of caution. We get that you love the USA, but take a moment to consider whether or not lighting America itself on fire is the best way to show your support.

Fireworks are awesome. The fireworks at Paradiso were insane—but they were also lit by a professional team in a controlled environment, and, most importantly, they were probably sober. Our scene stands behind principles of safety, both to ourselves and to those around us, and it’s important to carry those ideals into our daily lives. Intoxication and detonation and heat waves don’t necessarily make for the greatest combination. Celebrate the 4th. Honor your country. But, for the love of America, please be smart about it.

In this article:4th of July