If you live in the Pacific Northwest and heavy bass is your style, a perfect event exists for you! Excision’s Thunderdome is returning to Tacoma, Washington’s Tacoma Dome for 2023 with an outstanding lineup. The 2-day event sold out in just three days, so a third day full of more heavy bass artists was added. February 3rd-5th, The Dome will be rockin’ with a sea of headbangers and of course, a million lasers.

The first night starts off with the wonky sounds of Jkyl & Hyde, followed by the future riddim of Ace Aura. Hol! is next up, followed by Space Laces, who was most recently featured on the song Trials with NGHTMRE. Sullivan King, who is currently on tour, is up next.

The Canadian trio Black Tiger Sex Machine (BTSM) is then coming in hot, with Excision to close out night one. Excision will be performing “The Evolution” set. First revealed in 2020, it includes a giant X set piece with exceptional visuals to take things to another level.

Night Two gets even heavier starting out with Stoned Level, currently on tour, followed by Layz, who opened for Sullivan King in Portland back in April 2022. Calcium is up next, followed by a killer back to back with Dion Timmer and Kompany.

PNW favorite SVDDEN DEATH is up after that, who recently played during Halloween at the Freaky Deaky festival in Portland, and returned to Portland for his show at 45 East on December 16th, 2022. And of course, Excision’s second bass filled set will close out night two with even more lasers. As if the bass couldn’t get any louder, we come to the absolutely stacked lineup for Night Three. The set times have not yet been released, but we can expect sets from Whales, Leotrix, LouieJayxx B2B Rzrkt, PhaseOne, and Wooli. Ghastly’s Ghengar alias is also on the lineup, which is an exciting bass-heavy side project he announced in 2022.

The final night of Thunderdome 2023 closes out with Excision’s Detox Set b2b Liquid Stranger. This is the part of the festival where we get to experience Excision’s experimental side, where he pushes forth creativity and often plays music from other artists on his label. Combined with the vibey style of Liquid Stranger in a B2B with Excision, this will be a perfect close to a weekend for the books! If you don’t want to miss out, make sure you head over to Excision’s website to get your tickets! The first two nights are both currently sold out, but there are still tickets available for Night 3. There are several Oregon and Washington EDM ticket exchange Facebook pages that will also be a good place to search for resale tickets as we get closer to the event.

Grab your favorite headbangers and get ready to head to the Dome!

In this article:Excision, Tacoma Dome 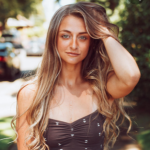