What's next for Bumbershoot? Festival forms committee to plot out 'new direction'
Advertisement Bumbershoot has been a fixture on Labor Day weekend in Seattle for nearly 50 years, having hosted everyone from James Brown to Skrillex. But in recent years, a combination of financial struggles, frequent controversies, and an ongoing global pandemic have thrown its future into doubt, culminating in its second cancellation in as many years in 2021.

So, what’s next for the festival? That’s what a new exploratory committee will look to find out.

The committee will be staffed by the Seattle Center and One Reel, the latter of whom will no longer be managing the festival following two decades in that role.

“Our history with Seattle Center spans as far back at Bumbershoot’s origin, so One Reel’s new role makes perfect sense,” One Reel Executive Director Marty Griswold said in press release sent out on Friday. “As Seattle Center ushers a new direction for the festival, One Reel will provide the historical context and a critical eye to ensure a fair and public process for determining the future of Bumbershoot.”

Coupled with the expiration of a five-year contact with AEG Presents, it’s unclear at this point what the festival will look like if and when it returns to Seattle Center. In past years, Bumbershoot has seen its fair share of stumbles, including a barrier collapse in 2019 that hospitalized four people, a series of ill-advised experiments with its mainstage format, last-minute cancellations from big-name artists, and an often-strained relationship between the city and One Reel.

Even so, the City of Seattle expressed confidence that this isn’t the end for Bumbershoot, vowing to return with a “reinvigorated, reimagined” iteration of the festival in 2022, coinciding with the opening of Climate Pledge Arena and the 60th anniversary of the 1962 Seattle World’s Fair.

“The goal will be to continue the festival’s heritage as an affordable, multi-disciplinary arts event celebrating regional, national and international arts and entertainment,” the city laid out as part of Friday’s announcement.

In the meantime, all we can do is stay tuned, and hope that we haven’t seen the last of an iconic piece of Seattle’s music scene. 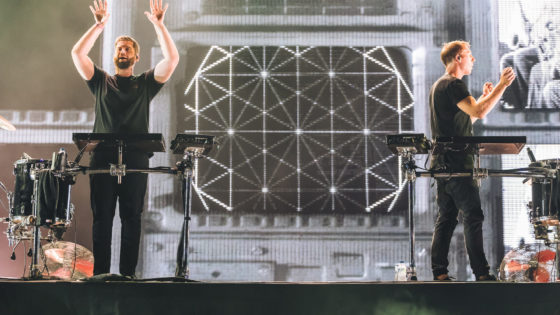