Arty At Euphoria Is Glorious
Advertisement Red Cube, one of Portland’s biggest EDM promotion companies, has just taken over the venues formerly known as Branx and Rotture to revamp the space under it’s own jurisdiction. Now called Euphoria, the club is Red Cube’s next step in total PDX takeover. The new name suggests a brand new venue with an equally cool vibe, but the real changes to an already great space are renovated restrooms and a far superior stage setup. Also, instead of entering through the venue’s characteristic alleyway now the entrance is through the front of the building.

The opening lines were long (about 30 minutes wait, even with pre-purchased tickets) but that’s common for large shows in new venues. Once inside, DMNW was greeted by friendly staff and positive vibes. Tier one tickets were only $12.50, a genuine steal for an artist that is at the peak of world-wide success.

We made it in time to catch one of the openers, Jamie Meushaw, a Portland native with a penchant for super deep space music. Some enjoyed the trip to intergalactic space while others stayed by the bar and sipped drinks. By midnight, attendees were primed and ready for the trance mastermind.

With his new album Glorious releasing on Friday, October 9, the 26-year-old deviated from his well-established trance with an massive electric guitar intro. After several rock-inspired tracks, Arty placated the crowd with tropical beats and electro build-ups. Sacred geometry visuals enhanced the journey through funky house, enticing smiles even from the dreariest of faces. Forever the mixing mastermind, Arty expertly beat the crowd into a fog-induced frenzy with an escalation of filthy house beats. The crowd breathed in harmony, with arms around complete strangers as we celebrated complete unity with each other, Arty, the music, endless amounts of sweat, and ourselves.

To highlight this all-ecompassing unity, Arty finished it off with mashups by Daft Punk and Porter Robinson. In a final nod to his label-mates Above & Beyond, Arty finished off the evening with classics like A Thing Called Love and Walter White.

While Red Cube is just getting their euphoric feet wet, it is safe to say the new venue brings endless amounts of opportunity for amazing talent to grace the PDX scene. Arty was a perfect introduction to the new venue.

Have you attended a show at the newly-branded Euphoria? What talent do you think Red Cube should bring to PDX?

Impatient for Arty’s new album? Check out a few pre-releases below!

In this article:Arty, Euphoria, Red Cube
Up Next: 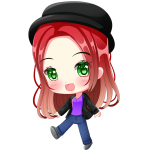