Trance legend Gareth Emery makes his anticipated Seattle return this Saturday, and he’s bringing the World’s Greatest Laser Show with him! Since its debut in 2017, Gareth Emery’s Laserface production  continues to get bigger, and better- his team pushing the creative envelope with each show. Trance fan, or not, Laserface has become something you have to see to believe.

We sat down with the British trance DJ/Producer following the first Laserface show of the year last Friday, during Miami Music Week. Competing directly with the first day of Ultra, thousands of fans packed the Mana Wynwood for the premier trance event of the week. We were quick to discover that his love for the Pacific Northwest is very real, but don’t take our word for it:

DMNW: You’ll be coming to Seattle this weekend. You just bought Laserface to the Northwest, just last Fall, to Vancouver. What is it about Seattle that made you want to bring it (Laserface) back to our region so soon?

Gareth Emery: Seattle is a place where shows have done really well. Similar to Vancouver. Those two cities were always on our radar, it just happened Vancouver came first. That show did really really well. Seattle was always in my top five picks of places I wanted to bring the show to!

DMNW: What can fans expect at Laserface Seattle?

Gareth Emery: It’s going to be really good. We sold a lot of tickets, it’s going to be fucking slammed; great atmosphere. Obviously, the WaMu is an amazing venue. The fact we got to do Miami, check if everything works, SHOULD mean a really good show…and the best lasers you’ve ever seen!

DMNW: What do you hope to accomplish with Laserface this year?

Gareth Emery: I don’t think we’ll do too many more this year. We have Miami, Seattle, New York, Ibiza…I’d love to do a London one, in the beginning of next year- I think.

It’s just an exciting ground for us to do, and seeing how far we can push what lasers can do; how far we can push the technology. We have the best laser designer in the world, Anthony Garcia. I want to see it in Madison Square Garden, places like that. That’s our goal!

DMNW: Now, it’s been a while since you’ve been in Seattle. What’s one of your fondest Seattle memories?

Gareth Emery: Amazing memories of doing Freaknight. I’ve done a bunch of Freaknights- it’s a fantastic festival. So the fact we’re doing Laserface in the same venue, where we did Freaknight, is just fucking awesome to me.

I wouldn’t say it’s a good memory, but it’s quite funny. Playing after David Guetta. Closing Beyond Wonderland: Seattle (2011). David Guetta, at this point, is the biggest artist in the world.

He had this hardcore security guy, who keeps me pinged to the side of the stage. “You’ll wait here until David’s ready”. No problem. I’m the small fish here.

Guetta finishes his set. He comes down the stairs, shakes hands with me. Up I go. Start playing. And it’s flat. I’m playing my biggest tracks. The crowd is just not reacting.

I’m thinking “what the fuck man? Are these just Guetta fans? Are they not interested in me?” I tried to go on the mic. No one’s really reacting.

Three minutes in, my tour manager comes in. He grabs the master volume of the mixer. Guetta, the cheeky swine, had turned it down to halfway when he left! So I was literally playing at 50% volume!

I’m sure it wasn’t sabotage. We’ll never know! So in comes my tour manager, he turns it back and, all of a sudden, “yeeeeaaaaah”!

So yeah, Guetta,  bastard, I owe you one!

DMNW: What about Vancouver? You’ll be there this weekend as well, with Ashley Wallbridge. What are your favorite things to do there?

Gareth Emery: Vancouver: I’ve done a lot there. Just because when my career was not in the place where it is now, and I could not get booked anywhere, Vancouver was the one place I use to get to play. There‘s some promoters there, that are friends of mine, that kept bringing me. Even though I was playing to 10 people, they would continue to bring me.

I love the Grouse Grind. I love jet skiing on the lake in the summer. Lots of good restaurants. I like the downtown Vancouver. It’s a nice place to walk around.

DMNW: Mentioning Ashley Wallbridge, you two have a collaboration album coming out in the future: Kingdom United. You’ve known Ashley for a while. How long has this album been in the works?

Gareth Emery: We’ve been making tracks together for years. We did CVNT5, which was our jokey side project, but we’ve never done anything formally. We were like “you know what? Fuck it!”

We found, at one point, we had five different collabs we were working on, and were like “fuck it”. Rather than do five singles, make an album!

We just help each other out; we own a record label together. It just made sense to do something together.

DMNW: What can fans expect with this album?

DMNW: You did mention CVNT5. Last year, we saw you dip your hands into acting with CVNT5: The Series. Which, would you say, is harder: acting, or DJ’ing/producing?

Gareth Emery: That’s a hard question! They’re quite similar. A day as an actor is tougher, because you’re on set all fucking day. There’s a lot of sitting around, and not doing stuff. That’s quite challenging.

Also, on that show, I was also writing it, and was an executive producer. That was hard! It’s fun though. It’s satisfying as well, and it’s nice to do something different. But I probably won’t do it again!

Tickets to Laserface Seattle are still available online, or at the WaMu Theater Box Office. A stacked supporting lineup accompanies all the lasers you can handle, including performances from Emma Hewitt, Ashley Wallbridge- even Seattle’s own Johnny Monsoon!

What song do you hope Gareth Emery plays during his Laserface Seattle set? Let us know in our comments on Facebook, and Twitter!

In this article:Featured, Gareth Emery, Laserface, Seattle
Up Next: 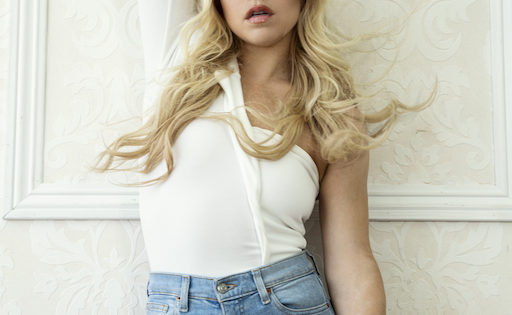