The EDM blogosphere has been in a frenzy today reporting that Spinnin’ Records and management firm MusicAllStars is being sued by Martin Garrix. The reports stem from an article in Dutch newspaper De Telegraaf. The article says the Garrix is alleging he was given “false and misleading information” about his record contract and was coerced into resigning ownership of his songs.

We won’t speculate on this case. No one should unless they’re holding an intellectual property law degree. One thing we do know about though is record contracts. Specifically how the game is rigged to favor major labels (most of the time), and take artists for a ride. As such, we’re going to take a moment and share some of that hidden information with you, in hopes you can make informed decisions when deciding on a record label.

Aspiring producers, DJs, vocalists, and songwriters—this is for you!

1. Every song has two copyrightable parts

In legal terms, something made of intellectual property (the stuff that comes out of your head) is called a “work.” A musical work is made of two parts: a sound recording, and a composition. Both of these items receive separate protections under the law.

Sound recordings are the big mama, the actual recorded version of the musical work. Record contracts almost universally mandate that any sound recordings made with the label are owned by the label. This means anyone who wants to use that recording, even the person who recorded it, has to get permission directly from the record label. For any purpose. (Fun fact: this is why Ultra Music can pull all of Kaskade’s own music from Soundcloud. Those files of the recordings don’t technically belong to him.)

Compositions are the words, notes, rhythm, and melody of the musical work. Basically the thing the musician created in their head. While equally important for a song as a whole, in the eyes of copyright law nobody gives a crap. If you have permission from the label who owns the attached sound recording, you don’t need the permission of the artist to use the composition. A stipulation in copyright law called a “compulsory license” says that anyone who owns the composition must allow someone to use it provided they pay the royalty rate set by Congress.

In other words…by most contracts, an artist has virtually no right to stop you from using their songs, but no one can use their songs without the label’s permission.

2. Options can be brutal

Remember this phrase: one and six. That little phrase is hidden away in many record contracts, and can be brutal if you don’t know it’s there. When labels are signing new talent, their potential success is pretty unknown. To deal with this, labels often insert “options” into contracts with new artists. These options mean the label only promises to release one album, with the option for up to six more. In practice, one of two things happens:

An artist needs to be extremely careful when looking at options, because they are often hidden behind arbitrary timelines. A standard record contract has a 12-month length to allow for the first album to be completed. Seems legit, right? If the label decides to exercise its options, you may be there for a long time. (Editor’s Note: This is a major component of the current Kesha vs. Sony Music lawsuit. – 2/23/16)

Hopefully they have a comfy couch.

3. Artists can get stuck in advance purgatory…for decades

Remember that 7-album deal you thought you signed? If your first album didn’t do so hot, a label might just decide to let you go. That totally sucks, but no big deal right? Just move on and continue making great music. If you got paid an advance to help fund your album, you may not be so lucky.

Labels often provide artists with an advance, money up front to pay for the costs of the album. Virtually all record contracts stipulate that these advances be paid back before the next album is made. They also usually stipulate that the recording costs be repaid before the artist sees a dime. Here are a couple possible scenarios:

As you can see, there are a million possible scenarios for how advances, especially when combined with options, can strangle artists. Many make very popular songs and albums but live on very meager salaries.

4. Controlled Composition clauses are THE DEVIL

Alright. Your major label deal is a bit lopsided, and you aren’t gonna make any money off your sound recordings. No biggie! You were also the writer of the track, so you’ll get paid royalties from the composition. Right?

Congress sets the amount a writer must get paid for a composition. Most record contracts, however, only guarantee their artists 50-75% of that rate. There is also usually a limit on the number of tracks per album the label will actually pay royalties on. Now we know what you’re asking: how is that legal?! The answer is, because you signed it. As one industry insider put it, “The controlled composition clause is one of the most insidious of a plethora of royalty-reducing provisions in any record contract.”

These controlled composition clauses can funnel as much as 50% from the royalty payments of artists, writers, and performers.

Sounds pretty bad, eh? Well it is. Major record labels carry massive influence in the music industry. Virtually all contracts and laws are slanted in their favor, with the sound recording (impossible without a composition) holding an incongruously important role in the eyes of the law.

Before you start hiding all your hard drives in a bunker, fear not! There is another option on the table: Create your own record label. Thousands of EDM artists are doing it, and it isn’t nearly as hard as it seems. This will allow you to retain full control over your sound recordings, and your compositions. It requires some money up front, but is well worth the time early on in your career.

You can also join one of the many indie labels created to battle these types of lopsided record deals. Many of the self-started artist record labels quickly begin to grow, as independents tend to have much more favorable terms for artists and songwriters. Often these indie labels also have better distribution deals than you might find yourself—though some of them use major label pipelines, so make sure you know who you’re really getting in bed with!

Here in the Northwest there are lots of indie labels, like Appointed Recordings, Impossible Records, Build-It Records, Tenth Degree, and many others. They’re artist-focused, and a much safer bet if you don’t want to go it alone. Whomever you sign with, make sure you know exactly what your contract stipulates before putting pen to paper!

In this article:Martin Garrix, Music Rights 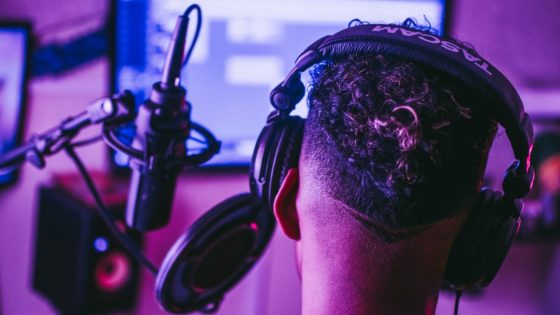