For many, Tom Kha is commonly thought of as a silky, aromatic coconut-based soup found in Lao and Thai restaurants the world over. For Seattle’s music scene, however, that connection is shifting away from the culinary and to the creative. Enter Tom Kha Productions: A grassroots music movement spearheaded by two dudes on a mission to procure and showcase eclectic, worldview bass music to the Emerald City. These Bay Area transplants made their home in the Olympia area years ago and pushed the music culture there forward via Mas Sol Collective, a team that provided dozens of one-time and repeat events. The endeavor laid the groundwork out for Tom Kha to come to fruition and thrive.

Peter Mare-It and Sasha Dorit-Kendall, movement founders and thoroughbred zealots of bass & garage vibes, sat down with us to shed a little light into the mystery of the movement and give their take on our city’s increasingly diverse music culture, and of course, plug their One-Year Anniversary show.

1. There’s been a ton of movement within the Seattle EDM community within the past couple of years… including a blossoming underground/garage scene. Where did the inspiration to start Tom Kha originate?

Tom Kha Productions pretty much started with a shared desire to see more from the underground bass music scene in Seattle.  Seattle has an amazing electronic music scene–the drum and bass and house scenes are incredibly vibrant and have been going strong for a very long time, but we both had a desire to see more artists come through who sort of filled a niche that wasn’t being explored as much. We see this need through a lot of different sounds–everything from West Coast/Cali Bass music (Such as G. Jones, Shlump and Trevor Kelly) to footwork and halftime, dubstep, and forward thinking bass producers like 813 and Pixelord, for example.

2. We’ve seen you two do it all recently, from marketing and production management, to opening for Om Unit and other heavy hitters. What are your musical backgrounds, and how does this tie into Tom Kha’s mission to elevate bass culture in the PNW?

Sasha is a huge drum and bass/jungle fan and also was hugely inspired by the time he spent in the Bay Area, seeing crews doing really eclectic bass music shows that aren’t nearly as prevalent here in Seattle. My roots lie more in dubstep, glitch, club, and beat music. Our varied backgrounds in electronic music create a valuable group dynamic in the way we approach bookings.

3. Where has Tom Kha worked to bring these aspirations to reality?

We founded our twice-monthly event SPECTRUM at The Monkey Loft with the goal of maintaining a super high degree of quality in our bookings, but not limiting ourselves to one genre or style.  And even though this presented some unique challenges, it also had the advantage of appealing to a lot of different crews and scenes in Seattle.  So over time we’ve built this amazing family who are brought together not by a desire to hear one specific style of music, but because they want to hear something new, and to embrace how eclectic bass music can be. We hosted a total of 23 SPECTRUMS and a handful of other shows, including our new night DRIFT at The Baltic Room– I think my favorite parties were the 813, Pixelord and SAB show at Kremwerk, the EPROM show at Chop Suey, 6Blocc at Monkey Loft, and Nastynasty at The Baltic Room. We had a pretty amazing time at the Boats/Yheti and Trevor Kelly/Shlump shows as well (s/o Future Perfect!). There’s so many I’m leaving out. This year has been incredible.

4. Running that kind of game seems very hard with only two people. Who else is involved to make this possible?

We’re super blessed to have an awesome team with us! Molly Brooks has been with us from the beginning as our graphic designer/all around visual media badass.  Her art style is dope because it takes familiar objects and presents them in a new way that creates these strange and intriguing landscapes.  In a lot of ways that’s not unlike what we’re trying to craft with our lineups: elements of familiar genres and styles taken in a totally new and interesting direction. Haley Schaefer, fellow creative badass, made our logo and we could not be more thankful. Some of our favorite sets at these parties have also come from our Spectrum Residents and locals. Shout out to our residents: Pressha, Enzo, Kozmo, Penny Wide Pupils, Ebb and Flow, Skarfon!

This year we are going to focus a lot on collaboration.  There are a lot of other crews in Seattle who have tastes and styles overlap with our own, and I think most of the independent promotion crews in Seattle totally understand the need to work together to push the scene forward.  So collaboration will be crucial this year.  Shout out to all the people pushing the underground bass scene forward in Seattle: Customs, DNB Tuesdays, FWD, Onset, Soma, Substance, Deep N Bass, Future Perfect, Uhboobie, Re:Merge, 47Club, OMW, People Muzic, SUBconscious, Shift, Decibel, Bassdrop, and many more that we are rudely forgetting to mention.

6. (Bonus question) Go on.. I know you guys want to do one last shoutout.

Huge huge thank you to everyone in Seattle who has supported Tom Kha Productions over the past year. It is such an incredible feeling to see all so many people get down and funky to the music we bring out.  The vibes you guys bring are one of a kind, and we can’t wait to see what the next year brings.  Boh!!

Feeling the love? Come out to SPECTRUM’s One Year Anniversary show TONIGHT at the Monkey Loft featuring the eclectic, the goes-hard-as-hell, the man himself… The Widdler. Expect support from Phazz, local support from Tom Kha and SPECTRUM residents, and a ton of pizza (to be confirmed…). In this article:Bass, Events, local, Tom Kha
Up Next: 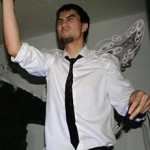