We are well into artist features showcasing Bass Therapy artists, in May we showcased Lampshade, and June brought us a great interview with Wolfpak. July brings us closer with Suited Spade, aka Braxton Curtis who has been making waves at Bass Therapy with his infectious on-stage presence; but it wasn’t always that way for the artist.

We sat down and discussed the evolution of Suited Spade from his earliest influences and first show to the present.

[well]Braxton spent his first 10 years living in West Seattle, then lived in Issaquah between the ages 11-18. He considers himself a true Northwest native which is a big inspiration for his music, but the real influence is his mother, who always made it a point to introduce Braxton to all genres of music. He and his mother sing along to just about every song that comes on the radio, and it’s this passion for music that was instilled within him from an early age that sparked his curiosity in performing. That curiosity led to a job booking events with a group called DB Production which hosted shows at a small venue in Kent. Working with artists made him want to start up as well and he booked himself for one of these shows which boasted a crowd of 300+ people; the biggest show of his career so far[/well]

Sometimes all it takes is a little of faith to really know what you’re made of. Trial and error, passion, and dedication will take you far while also telling you what it is you’re meant to do. Being an artist is about being fearless in your pursuits, so being able to know exactly what you want to do and going after it will always bring you success

Braxton Curtis: It’s all about that first leap and never turning back. This rap group I used to listen to back in high school called the Knowmads say in one of their songs: “it’s about how to climb to the top, not what you do at its peak.”

Absolutely! Life is about the journey, taking chances, and finding what inspires you way more than it is about the destination. Everyone has places they’d like to go, but it’s important to appreciate your own personal successes along the way. Though, with your first show you probably didn’t expect to accomplish what you have so far in your career, what was that first show like for you compared to now?

BC: My first show was MADNESS! I rented out a huge warehouse just south of Kent and booked a bunch of local favorites. To get people in the door I had an open bar. People filled up that venue in an hour and I played in front of 200-300 people. Still to this date the largest crowd I’ve ever played for. Now I mostly play club shows, a couple hundred people max. So, now it’s almost more about creating an experience for the people that are there for you as it is about playing something just to fill the time slot.

That sounds like a truly insane first experience on-stage. Would you say you were prepared for a show of that caliber so early on in your career and has that experience helped you in curating shows now?

BC: I most certainly was not prepared for that show. I was expecting 100 people max to show up. About five minutes before I was supposed to go on stage I asked the door guy how many people he had checked in and he said, “just under 300” and I went outside and threw up from how nervous I was! In high school, I had a huge massive fear of performing in front of people. But overall, that experience has helped me grow as a performer tremendously and has even given me a goal of getting booked to play higher caliber shows. To this day I have never been as nervous as I was that first night.

As is the case for the majority of firsts in life, they are scary, difficult, and turn out to not be anything we thought it would be. Mostly because we aren’t sure what to expect, we grow to dread the unknown. However, once you take that first step one realizes that it’s really not all that bad, and can even be fun. If you were able to tackle a crowd of 300 people, imagine what else you could accomplish in the near future!

BC: Just one day, one step, one goal at a time! For now, I want to focus on getting together 5-6 tracks to release on Bass Therapy Network. I have been working tirelessly trying to find a sound that really captures the Suited Spade brand and hopefully, by the end of the year, this goal will be accomplished. Beyond that, I try not to think too far ahead in the hopes of always appreciating what I have done.

That is such a great goal and with your dedication, you’ll certainly achieve it. Plus with the support of Bass Therapy and your personal support network, you can’t really go wrong. Having support gets people far in life, without people who champion for us artists may never get out of the studio. Would you say your personal support network has helped you on your musical journey?

BC: Absolutely! Without the support from my fiance, my mom, and all the friends that are on this journey with me, I don’t think I could do this. I’d like to give a special shout-out to Tyler Anderton aka Wolfpak and Max Kosobutsky aka Floston for always having my back and always pushing me and everyone around them to go after goals. Not to mention Jake Patrick and Jay Wellz for giving me and all the Bass Therapists a place to grow.

It’s so great to see how Bass Therapy has changed the lives of so many Bass Therapy artists by simply believing in them and giving them opportunities to grow in their craft. Bass Therapy has created something unique in the Seattle music community that emphasizes support over politics, and opportunity over elitism.

BC: Exactly! It’s amazing to me how much all the Bass Therapy artists and family support one another. Never have I heard from anyone “do you think you can really do this?” The question is always WHEN is this happening? Not ever IF.

That’s a true mark of success, taking chances on the people that we care about and supporting their passions. That’s how you truly elevate dance music.

Sometimes you never really know the impact you may have on a person or on their personal journeys. That’s why it’s as important as ever to support the important people in your life no matter how crazy their dreams may be. We don’t get anywhere on our own, it’s through hard work, and perseverance, and a kind word from someone we love. Tell them as much as you can how much you support them and maybe, just maybe, you’ll see them doing wonderful things like Suited Spade on the Bass Therapy stage! 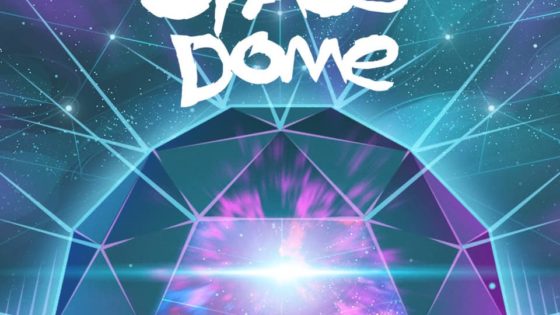