It’s no secret that we love these two. BT is one of the most innovative and prolific producers in electronic dance music. And tyDi consistently reminds us – in both his words and performance – that it’s all about the love.  No doubt, the PNW always gives these two a warm welcome and coming up on April 18th, we are lucky enough to see them sharing a bill. And better yet, for those down south at least, it’s in Portland! It should be quite the show, as these two producers have both been involved in some pretty interesting things as of late.

BT has been making waves with his Electronic Opus project – where he has taken his most popular tracks and turned them into a live experience complete with a real orchestra. While we won’t be treated to that quite yet, we are certainly hopeful that we will be hearing some material from the project. If nothing else, we can pretty confidently say we will be hearing one of the many versions of  this beauty:

tyDi once was a stalwart trance DJ. but in recent years has sought to redefine himself, hence the name of his new album  Redefined. His new sound is very different, maybe a bit more mainstream, but the tracks are just as crispy. Still, he had his share of fans yelling “sellout”. So what did he do? He produced a trance EP, The Promise, which was entirely self-funded, and gave all the proceeds to charity. What a badass! Given his variance in style, we aren’t quite sure what sort of set we will be treated to while he’s in Portland. It will either be a bit like this:

Either way, thanks to Red Cube, we get to find out on April 18th at the Portland EDM home base, The Whiskey Bar. Whiskey is firmly established as a staple in our nights out in Portland, and Red Cube has gone to great lengths to bring the best of the scene to us. We understand that Seattle is bigger and whatnot, but there are some diehard electronic music fans down here that are a bit tired of driving up to Seattle. We hope that this is a sign of a growing scene in Portland, and that our beloved promoters – like Red Cube and Play Saturdays – will continue to book great shows with awesome turnouts.

Interested in going? You should be! Tickets are on the last tier and this event will likely sell out. Buy them here. And hell, if you’re in Seattle, see what it’s like on the other side…we’d love to have you! 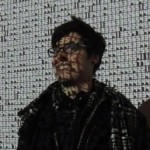