The Seattle Chinatown International District (CID) Block Party takes place on August 20 and LA-based DJ and producer CHYL will be the headliner. She will join a stage that has been graced by many talented artists, including local Seattle musicians Prometheus Brown,  Tomo Nakayama, and the world-renowned Awkwafina.

We had the chance to interview CHYL to learn more about her and her journey as an artist.

DMNW: What does it mean to you to be chosen as the headliner for the CID Block party?

CHYL: I am feeling lucky and honored to be part of an event that celebrates Asian American/Pacific Islander heritage. I have high expectations for myself for this event. I would love groups of people from all ethnicities and backgrounds to attend.

DMNW: So you’re in Europe right now — what is going on over there?

CHYL: I am on vacation in Berlin, Germany. A friend here also produces music so I am hanging out with them. There are a lot of young artists at work here and it is very inspiring, and a beautiful country. I will be traveling to London and Sweden for fun later this month!

DMNW: How did you come up with the name CHYL?

CHYL: CHYL is a version of my birth name, Rachel, but shorter. I want to give the impression that I am chill, relaxed, friendly, and approachable.

DMNW: Tell us more about your background

CHYL: I grew up in China until I was 15/16 years old. Then I moved to Canada until I left home for college. I studied finance and once I graduated, I went into banking. I joined a group on Wall Street for two years and hated it! It was miserable. I quit my career in financing in 2019 and shortly after enrolled in the ICON Collective in LA. This is where my production skills for my CHYL project officially took off.

DMNW: Why did you choose the ICON Collective?

CHYL: Icon has a program that is very focused on electronic music production, this was the main selling point for me. Several well-known EDM producers have graduated from this institution including Kazzo, Slander, and Jauz.

DMNW: What has your favorite performance/gig been so far?

CHYL: I performed at Academy LA closing for ARMNHMR last month — the crowd energy was so much fun from 2-3 am at this show and I talked to a lot of people outside of the club afterward as well.  This is one of my favorite venues in LA!

DMNW: What is your favorite song you’ve produced so far?

CHYL: I really like my EP Sweat that I just released. It is a faster tempo than my previous productions, at 150 BPM. I see it as a great song for a workout and for live shows.  I have played it a few times during my live sets and I am glad that I tried something different from my usual stuff.

DMNW: What is your advice for aspiring DJs/music producers?

CHYL: In this world, it is important to focus equally on the music you are producing and on developing your brand on social media. Think of your artist project as a start-up.  You need to invest money into the foundation of the business for it to grow.  This can include purchasing a good camera for your social media content. It is important to network with as many people as possible.  So many of my opportunities are from saying hi to people and just being friendly.

DMNW: What is your brand and goal as a music producer?

CHYL: My goal is to portray a brand that is fun and easy to connect to. When people see my profile and listen to my music, I want them to think of me as someone to who they can relate to.  In general, my goal is to give an impression that I do not take myself too seriously. During live performances, I hope that I give a memorable experience where someone can forget about their day job and be a child for one hour. My brand revolves around being fun, entertaining, and relatable.

DMNW: Who are your current musical inspirations?

DMNW: What are some upcoming gigs that you are excited about?

CHYL: Definitely excited about the CID Block Party. I will be DJing at a festival at the end of the year that I cannot announce yet. I have a small gig in London next week at the Ministry of Sound.  I look forward to signing on with a management company soon so that I can book even more gigs as I am currently independently managed right now.

DMNW: What are your goals for yourself in 5 years?

CHYL: I would love to continue to release a consistent amount of music within the bass house and speed house genres. I want to create a great library of work that people can listen to for a long period of time. I would love to build a fun and supportive community of people who like my music and brand. I would love to play some gigs international and eventually tour in Asia. I would love to connect with more people around the world. It is important for me to also continue to be mentally and physically healthy and develop the right team to support me.

Since this interview, CHYL’s single Out of Luck was featured on Dr. Fresch’s House Call Records. The premiere of the music video for her single Sweat will be available on Youtube on Friday 8/19, check it out here.

We are excited for what is to come in this talented artist’s future. We are especially looking forward to her performance at the CID Block Party. Stay cool, and stay CHYL! 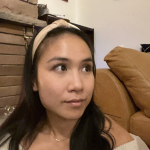