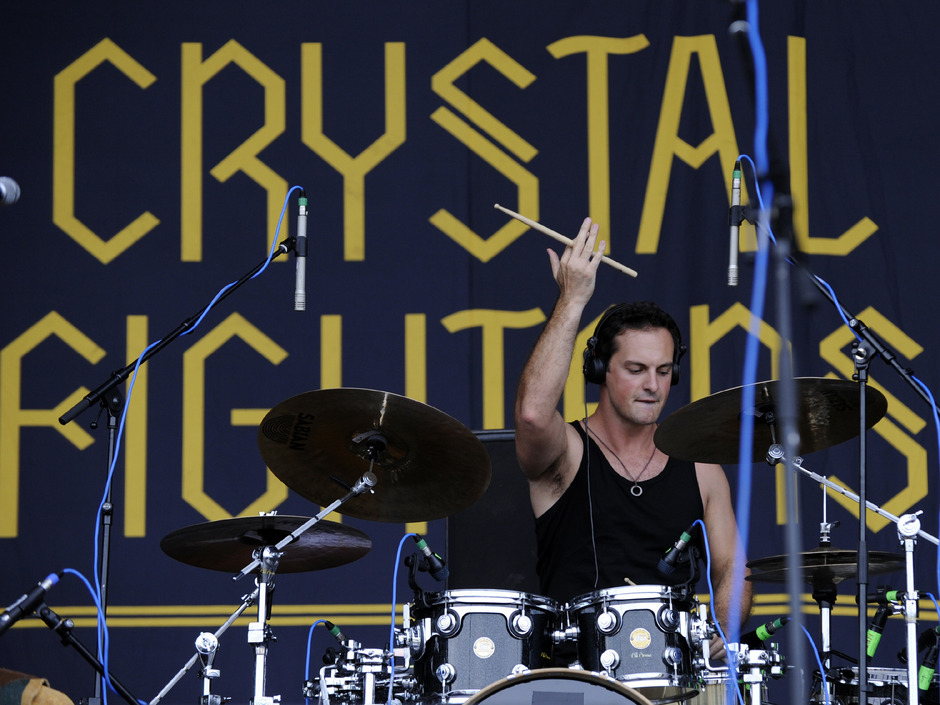 Crystal Fighters confirmed the death of drummer Andrea Marongiu via Facebook on Friday.

The last we heard from the beloved Sardinian drummer regarding his state of health came from his Twitter account on Thursday morning. However, the cause of his death has still not surfaced.

Self-taught percussionist, Marongiu was sought out by Crystal Fighters in 2010 for Bestival, and was invited to join just before release of their debut album, Star Of Love. With charismatic Marongiu onboard as a major propeller to their success, the folky-triptronic band received astounding reviews for their anglo-influenced sound. They paraded gleefully into our hearts with Love Is All I Got, a collaborative single they wrote that broke out Feed Me. Released in 2013 on Mau5Trap, Love Is All I Got got its debut on BBC Radio 1 with a nod from Zane Lowe, regarding the single as  “the hottest record in the world”. The single skyrocketed to 140k views on YouTube in just 48 hours, peaking at #1 on Hypem.

Marongiu’s well-rounded flare and worldly knowledge of his instruments spoke perfectly to the Crystal Fighters sound. Picking up the ole’ txalaparta, a Basque percussive instrument made of wood or stone, he went on to record their sophomore album, Cave Rave. And yes – Crystal Fighters threw an actual rave in a cave, everyone got rosy-cheeked on cidra, and danced until 7am. Their Spanish mythological-meets-modern space-odyssey music has been an undeniably inspirational tour de force in the dance music scene. Speaking to genre leaders of all sorts, there are a staggering amount of remixes from the likes of Disclosure, Passion Pit, Yellowclaw, Lapalux, Delta Heavy, and Felix Cartal, to name a few.

Marongiu’s last contribution to Crystal Fighters was Love Alight, an uplifting unreleased single recorded for Cave Rave. While his music will continue to transcend time, family and friends of Andrea are currently raising money in an admirable effort to inspire young musicians.

“Our aim is to provide access to music for young people – and to help them to grow and be impassioned by music in the way Andrea was. This way, through your generosity, we hope that people will have their lives enriched and improved by Andrea, in the same way he made our world a happier place.”

In this article:andrea marongiu, Crystal Fighters, death, fundraiser
Up Next: