The excitement has certainly been building since the late September announcement of the expecting collaboration between Dillon Francis and Alison Wonderland. We have covered you every step of the way. As of January 24, you can now listen to the Lost My Mind collaboration at any time and place.

The collaboration has earned our stamp of approval. Beginning with spacey vocals from the one and only Alison Wonderland. Moments later snares and kick drums enter leading to a drop that bends and expands genre definitions. Without a doubt Lost My Mind has some elements of trap, but Dillon Francis and Alison Wonderland have decided to leave the genre category blank on Soundcloud.

The first drop presents a long expanding bassline. However, the second drop is slightly different. The initial bassline is cut and chopped to create a new experience. The surprise third drop despite it’s similarities to the first is a welcome addition that climaxes the song. See what Dillon Francis had to say about the track on Twitter.

lost my mind out now & here’s a lil blurb about why this song is so fun and special@awonderland https://t.co/5ynIfdyC7v pic.twitter.com/wwuZeLz3l0

What really stands out about this song is the originality. Dillon and Alison appear to have set out to make an experimental masterpiece. Lost My Mind is ready to take over dark dance clubs and main stages across the globe.  Finally starting next week catch Dillon Francis and Alison Wonderland on their upcoming North American bus tour.

How did you initially react to this experimental drop? Are you hoping to hear more in the future from these two?  Let us know on Facebook and Twitter! 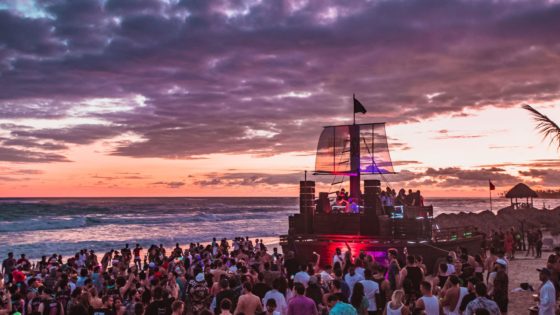