Flume released a new experiment on August 14, 2019. This time he is releasing a soundpack or sample pack for free. Flume hopes that this collaborative effort will lead to a massive amount of new sounds and discoveries.

In total Flume has released 12 different, “FlumeSounds,” that you can download immediately from his Dropbox. If you want to listen before downloading check out Flume’s Instagram. Note the user agreement that is also available.

A more open source culture of creativity…wanted to put these out in the world and see what comes back – download a sound, create something, upload it with the hashtag #flumesounds: https://t.co/OxiZHwM4fy pic.twitter.com/RGwtSCcyQW

Essentially the agreement states that you can’t earn any royalties from the soundpack. So tracks using Flume sounds can be uploaded to Soundcloud but not Spotify or iTunes/Apple Music. It appears the goal for Flume is to discover what new producers can create with his music.

Think about labels run by Above & Beyond, Mau5trap, and Odesza that use sample packs. The ultimate result is music that sounds like Above & Beyond or Odesza but is a completely different genre/style. For example Seven Lions and his melodic dubstep sound on Anjunabeats. Or Evan Giia’s pop approach towards house music from Odesza’s label

Flume hopes to accomplish the same result. He wants to hear new styles and he’s opening up the door to thousands of potential collaborators. While the previously mentioned labels work with about 20 or 30 producers, Flume is hoping to create an open-source collaboration where anyone and everyone can get involved.

Time will tell where this experiment leads. FlumeSounds has a lot of potential. It is up to the thousands of producers to make something interesting out of this project.

What do you imagine the purpose of the FlumeSounds experiment is? Where will it lead? Let us know on Facebook or Twitter!

In this article:Collaboration, Flume, New Music 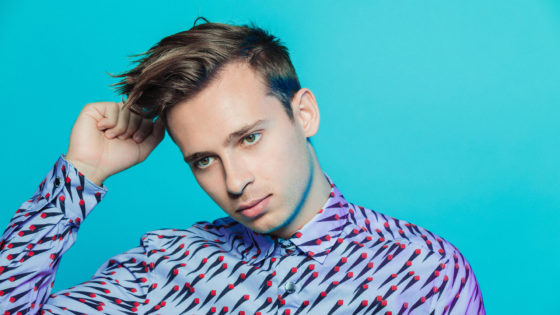