If you’ve ever been confused by a Coachella lineup, you’re not alone. The Californian beast of a festival never fails to mix genres. Regardless, she remains the American music event.

The story behind the sweaty, glittery madness might surprise you. With punk rock beginnings, and a long road to financial success, Coachella deeply influenced the worldwide music industry. More importantly, however, Coachella let the world influence her.

Goldenvoice, a subsidiary of AEG Presents, has been organizing Coachella since the beginning. Teaming up with the off-beat streaming service, YouTube Originals, Goldenvoice reveal the whole story in Coachella: 20 Years in the Desert.

After two decades of filming, the documentary is finally live! The best part? The music documentary can be streamed in its entirety for free on YouTube.

Under promising and over-delivering, the film features iconic performances, intimate interviews, and masterful storytelling. Coachella’s deep connection with popular culture begins to make sense, as the film patiently connects the dots for viewers.

From Tupac’s resurrection, to Beyonce’s ode to historically black colleges and universities, the documentary takes you inside the festival’s many historic moments. For dance music fans, that means first hand accounts of Daft Punk’s legendary 2006 performance.

The EDM scene at Coachella

Coachella took inspiration from European festivals, importing staples such as house and techno music. Consequently, the Sahara tent became the festival’s dedicated home for dance music. That is, until Daft Punk completely changed the game. Paul van Dyke, Dillon Francis, Kaskade and more make appearances in the documentary, weighing in on the growth of EDM since then.

People where pretty shocked when I played Coachella mainstage. They didn’t know what to expect.

– Tiësto in Coachella: 20 Years in the Desert

Today, Coachella continues responding to the demand for diverse music. Recognizing K-Pop’s burgeoning position in American culture, BIGBANG will play at the 2020 event.

While the lineups may confuse ticket buyers, Goldenvoice’s commitment to representing diverse genres of music may be what ultimately makes Coachella so special.

Unfortunately, COVID-19 continues wreaking havoc on 2020’s event schedule. Not surprisingly, Coachella has already been postponed until October. According to experts, Coachella 2020 may be canceled altogether. For a list of scheduled dance music acts, click here.

What do you think about Coachella: 20 Years in the Desert? Let us know in our comments section on Facebook, and Twitter!

In this article:Coachella, Festival Season 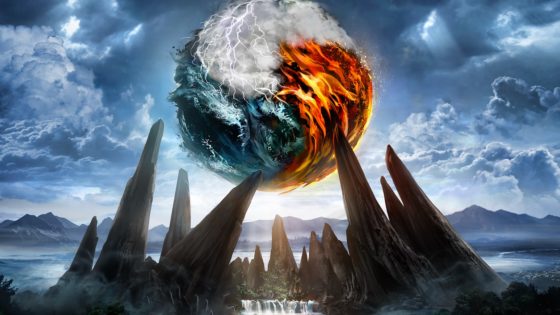