Brash, cathartic affinity and the familiar pulse of a four-by kick seeped through the ground below us in a seismic ripple. It was just after midnight when Huckaby took to the decks and unleashed a stimulating, teasing and enticing energy; an effervescent auditory nucleus at critical mass. Brilliant ascending tension is skillfully released as sound designer and tastemaker Huckaby introduces each new element. His commitment to vinyl is refreshing and encourages a club-mosphere reminiscent of pre-smartphone MySpace. Kremwerk has a unique ability to entice and consume the mind with waves of three-dimensional compression and rhythmical throbbing. The dance floor glows purple against a soft red backdrop as if it were the heart of the club and features an inviting, respectful, and safe environment to get lost in music.

When not playing music, Mike Huckaby is active in his hometown of Detroit helping youth to develop skills in synthesis and programming music. Check out this podcast from Resident Advisor in 2011 where Mike highlights his favorite dance tracks in a two-hour mix. Crafting a set of delicately balanced deep house and techno that moves seamlessly as part of the larger work is a characteristic seen in only the most distinguished in the industry. He is a true master of the mix and has an unparalleled ability to take any dancefloor on a journey through time and space.

After two years of business on the same block as the longest running house night on the west coast, the little avant-garde club Kremwerk is starting to make a name for itself as a vital part of the independent dance music community. Research: A Night for Adventurous Dance Music has the power to coax veterans out of retirement and welcome them to Seattle with gifts of local techno talent to open their sets and a receptive and enthusiastic crowd.  Keep an eye on this one!

Are You Motivated? Psymbionic Is! 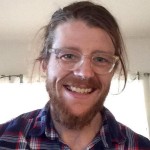