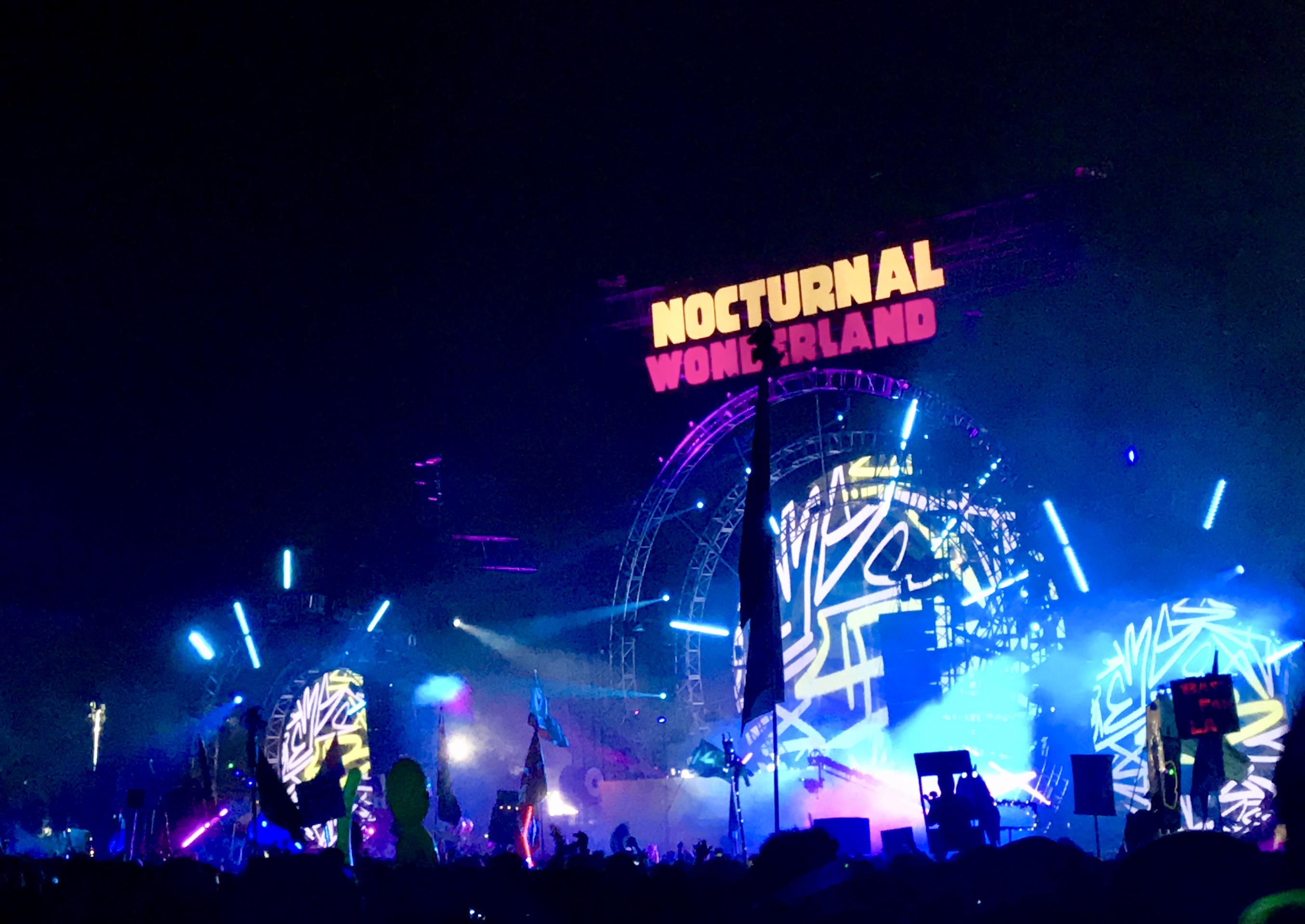 The longest running Electronic Dance Music festival, Nocturnal Wonderland, is back for another year with some of EDM’s top talents on the roster. We were more than impressed by last year‘s performances. Since then, we’ve been excited for what’s in store next!

Artists including Zeds Dead, Zomboy, Jauz, Subtronics, Malaa, DJ Snake, and more, will be hosted at Nocturnal Wonderland this year. The festival has gone light on big room house in recent years, with this year’s lineup going heavier on bass artists. Bassheads gathering from around the nation are in for a treat come September!

Check out the full lineup of Nocturnal Wonderland 2019 by artist:

The first Nocturnal was held back in 1995 by Pasquale Rotella, founder and owner of Insomniac. Many may know of Insomniac Events as the host of another flagship festival, Electric Daisy Carnival (EDC). The 2019 edition of Nocturnal Wonderland will take place on September 14th and 15th at the Glen Helen Amphitheater in San Bernardino, California.

However, this may be the festival’s last year at this venue in light of new sounds laws in placed at the Amphitheater.

Pasquale Rotella took to Instagram to announce the new sound ordinance will be affecting the festival, as a result the music at this year’s Nocturnal Wonderland will have to end at midnight. Rotella stated that he has looked into alternative locations to host Nocturnal Wonderland this year but feels it deserved a “proper send off” one last time. See below for the original Instagram post by Rotella:

I know many of you have been waiting on info for Nocturnal 2019. Thanks for being so patient! Here’s the update: A new sound ordinance was put in place at Glen Helen Amphitheater this year, which means the music will have to end at midnight. While I’ve looked at alternate locations for us, I’ve decided the best move is keep the show at Glen Helen one last time. I love this venue, and it needs a proper send off! ?? I’m excited to create an unforgettable experience for our Nocturnal family September 14 + 15, with a special camping pre-party set for September 13 — all on a full moon weekend! ?✨We’ve expanded the campgrounds this year, with 2 different silent discos every night going till the early mornin’ hours.? We’ll be opening the festival 2 hours earlier than before, so the party starts at 3pm each day. We’ll have 3 new stages & art installations, plus lots of surprises – including bringing the Parliament Art Car out for the first time on the West Coast…I’m hyped! ?? Nocturnal is historic. It’s America’s longest running rave, and a show I have a very special connection with. I’m bringing the whole fam to camp for the weekend, and I’m excited for us all to say goodbye to a venue that’s been so good to us for many years. I hope you’ll join me and do it big one last time before we move to a new home next year! ?? Passes go on sale this Thursday at 9am PT & I’ll be dropping the lineup Tomorrow (Wednesday) on my feed at 12pm…be sure to check it! ✨

This year’s Nocturnal Wonderland will begin at 3:00 PM, starting two hours earlier than usual. The festival’s operations will still run past midnight since they have added two silent discos until the early morning hours. Moreover, Insomniac has also expanded the campgrounds by adding three new stages and art installations. In addition to that, the Parliament Art Car stage will be making its debut at Nocturnal Wonderland.

You must be 18+ to enter and 21+ for alcohol/VIP. A valid photo ID is required for each attendee to enter. For more information, please check out the official Nocturnal Wonderland website here. Event tickets and camping passes are available here.

In this article:Insomniac Events, Nocturnal Wonderland
Up Next: