Northwest based producer/DJs Sixfour and Treyis have teamed up to create a more fitting version of a song with the title Mosh Pit, remixing Flosstradamus’ original hit featuring Casino. The duo takes the trap track and injects it with a heavy dosage of bass and energy, giving it a distinctly different feel while maintaining the edge and attitude of the original track. Flosstradamus doesn’t have a problem being themselves and bringing their own style to their tunes, but Sixfour and Treyis’s remix of Mosh Pit fits the title better than the original.

Sixfour, aka Derek Lombardo, is a Washington State University student from Richland, Wash. who made his Foundation Nightclub debut in Seattle on July 16 when he opened for Dieselboy. He recently released a slew of spooky Melbourne-house tracks and is one of the many up-and-coming Northwest artists that we are very excited about. Another is Western Washington native Treyis, aka Spencer Stumpf, who dropped his EP entitled The Sixth Floor earlier this year and is a resident DJ at Volume Nightclub in Seattle.

Let us know what you guys think of the Northwest duo of Sixfour and Treyis and what you think of their remix of Flosstradaumus’s Mosh Pit! You can vote for their remix on Beatport as a part of a remix contest for Mosh Pit here. Comment below, on Facebook, or reply on Twitter!

Above & Beyond Dive Deep In “The Anjunadeep Edition” Headbanger 101: Mosh Pit Etiquette and How to Make It out Alive 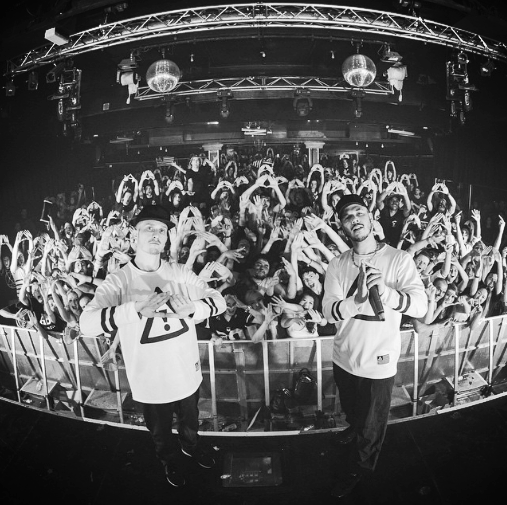 One-Way Ticket To #HDYNATION with Flosstradamus