Monstercat has been a fixture in Northwest music scene for years, having released music from artists like Marshmello, Slushii, Pegboard Nerds, Sullivan King, and Infected Mushroom among many others. Aside from teaming up on tracks from heavy hitters, Monstercat is also known for giving rising artists a platform to share their music and grow their following.

This has certainly be true for rising star OBLYVN, aka Catherine Bliemel from Edmonton, Canada. She has only been producing music for a couple of years. but in that short timeframe has quickly risen through the ranks, eventually catching the interest of Monstercat with her ethereal basslines and punk-pop hybrid styling.

As a classically trained musician, you can hear her aptitude for the keyboard in every track.

This past year, OBLYVN performed for her very first festival crowd at Monstercat Compound, a Vancouver festival that serves as a showcase for the Monstercat family of artists. Based on this event alone, Oblvyn was able to grow her streaming listener base by a startling 200%.

Ahead of her first EP release on November 5th, entitled Dream Theory, we were fortunate enough to speak with OBLYVN regarding her quick success and what’s in store for her moving forward. Check out the interview below.

DMNW: You started out at a young age with classical music training, then you transitioned to pop-punk and eventually bass music. How did you make the leap between the different genres?

Oblvyn: I was put into piano lessons when I was very young, but grew up on bands like Simple Plan, Sum 41, Blink 182, Good Charlotte… Coming home from school and watching MTV and MuchMusic in the early 2000s had a strong influence on my musical interests as a kid and stuck with me for a long time, during which I taught myself guitar and started a band after high school. I didn’t really listen to electronic music until around 2013. Before that it was only pop-punk, alt-rock and metalcore bands. Hearing overlap between the genres introduced me to EDM.

“Stay The Night” by Zedd and Hayley Williams was probably the gateway song. Paramore is one of my all time favourite bands and after hearing that song I remember thinking “I can get down to this.” Chill electronic music was my go-to in school for studying, which is how I discovered Tycho. Dive and Awake were on repeat for my first two semesters. Then I heard “Lose Myself” by Seven Lions feat. Lynn Gunn of PVRIS, who were one of my favourite bands at the time. The mix of emotion and heavy bass had me hooked.

What sparked your curiosity in dance music and how did you settle on future bass as the genre for you?

With the use of synths and more intricate sound design, I love the ability to virtually create whatever sound is in your imagination, and I think that gives space for creativity to flourish. I have the freedom to step outside the bounds of other instrumentations that were limiting before and create really dynamic songs as a solo artist.

A single song can take you on a whole adventure with sections that are super high energy to completely chilled out. It wasn’t really a conscious choice to settle on future bass, it just kinda happened. Maybe it’s the similarity to modern pop-punk, in the punchy drums and huge saws that sound like distorted guitars. It just has more of that energy that I’m drawn to.

Being one of the only bass artists from Edmonton, did you find that breaking into the dance music scene was difficult? How did you overcome those obstacles?

That is still something that hasn’t really happened yet… I think because I was still trying to find my sound until about 2 years ago, so I wasn’t quite ready to play live. Most of my successes happened over the pandemic, and all while shows had completely stopped. I have yet to play a show in my hometown, but local electronic shows are pretty underground and opportunities for bass artists are hard to come by. I guess that’s an obstacle that I have yet to overcome!

You played your very first Monstercat Compound, what did you enjoy most about playing in the Northwest? Are there any Northwest venues or festivals that are on your bucket list to play?

Yeah! It was also my first time performing my music live. I think the coolest part was meeting some fans who made it down to watch me play, I wasn’t really expecting it. Shambhala, Chasing Summer, Bass Coast, Bomfest, Astral Harvest are on the bucket list!

Many artists find it difficult in the beginning to juggle life and music together without a proper support network. Would you say that you come from a family that is entirely supportive of your career choice? Or have there been significant obstacles to get where you are now? How did you overcome any potential obstacles?

I’ve always been the type of person who won’t let anything stand in my way of achieving ambitions, whether it’s not having the proper support or seeing real world examples. I was super introverted as a kid (and still am in some ways), I spent most of my time locked away in my room drawing pictures and playing guitar. Going through life, I seemed to attract more creative types and now most of my friends are artists who are also at an exciting point in their journey.

Yeah, most of them have similar stories of it being difficult in the beginning, but I think it’s really important to surround yourself with a network of people who support you. You need to be selective in who to share your work with those who are like minded, support your journey and will reciprocate the enthusiasm you have for your art. With the non-artistic people in my life, it’s a little more difficult for them to understand where I’m coming from but as they watch from afar and see the successes that come from it, they start to become part of that support system.

We touched briefly on your music influences starting from jazz and moving into pop-punk. Do you find ways to incorporate those influences into your body of work or are there more subtle nods to be found in your music?

I really enjoy playing guitar, but it rarely finds its way into my music. However, at the beginning of this year, I released a song called “I Want You” with my friend Tianda on vocals. Shortly after, I released a pop-punk version of that song.

Monstercat is an amazing place to be for someone starting out in the bass realm. What is it like to be counted among just a handful of other female artists on the label? Are there any Monstercat artists that you would like to collaborate with in the future?

I’m stoked to finally be a part of the Monstercat fam! It’s cool to see other female artists on the label. We’re hard to come by, but I’m noticing more these days. I think as more female producers come up, it’ll set a bigger example for other aspiring artists. I’m a fan of so many artists on the label, a few would be Grant, RUNN, Tisoki, Ellis, Ace Aura, Koven, Haliene, Trivecta, and JT Roach.

I would say just keep following what inspires you! And try not to overthink things too much (easier said than done haha). Surround yourself with likeminded people whether that’s in person or on the internet, social media is a powerful tool for connecting with people and potential fans and can also be a great source of inspiration.

When you found out you were going to be part of the Monstercat family, did it feel as though your hard work had finally paid off? or are you in that mindset that “yes, it’s great but I don’t want to stop here?”

I would say both! It was a dream for so long to be a part of Monstercat and it definitely feels like the hard work has paid off. Now that I’m here I can shift my focus toward working on more creative things and continue developing myself as an artist.

In November, you have your first EP releasing called ‘Dream Theory,’ what can people expect from this upcoming EP?

For my long-time listeners, they can expect a slightly different but refreshing take on my usual sound. I spent a long time working on this EP, refining and perfecting sounds to try and match the vibe I was envisioning, and through it I learned a lot of new techniques and explored places I haven’t been before. Expect to be transported to new realms, or maybe one you’ve seen before.

What is your vision behind the EP? What concept did you have in mind and how did you present that in your final EP?

I dabbled in graphic design for a little while, nothing too crazy. But I also used to draw a lot when I was younger so I sort of have a background in fine arts. I had an interest in digital art for a really long time before finally picking up a graphics tablet so I could make my artwork. I wish I would’ve done it sooner! 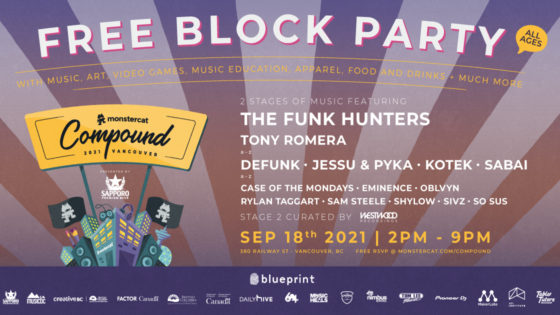