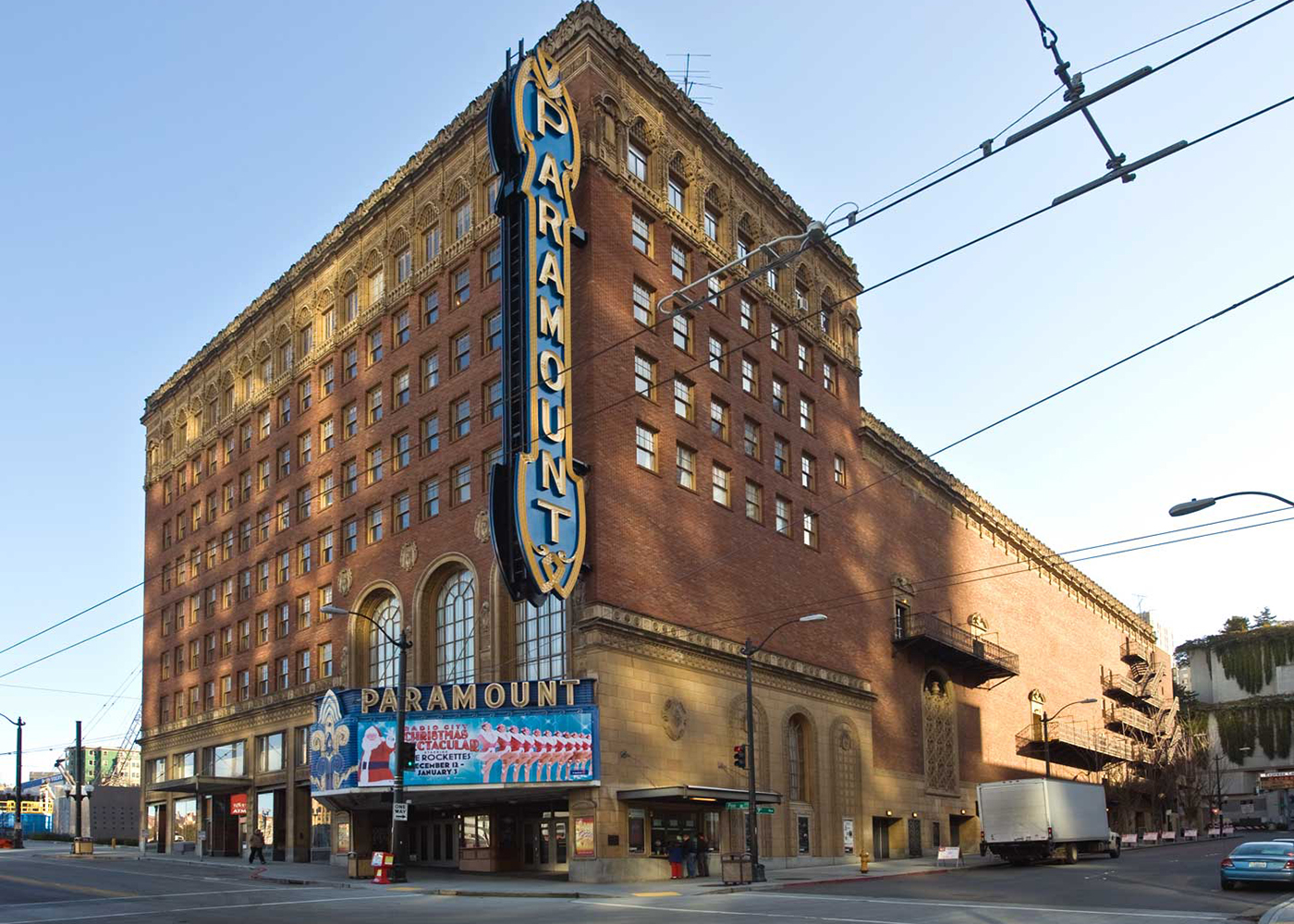 [dropcap size=small]W[/dropcap]e’ve experienced some pretty amazing shows at the Paramount Theatre throughout the years, including performances from Deadmau5 back in 2010 & 2011, Excision, Amon Tobin, Jack White, Avicii and so many more. But what do we actually know about the historic Seattle venue?

For starters the Paramount Theatre opened on March 1st all the way back in 1928 and was one of many Paramount Theatre’s built throughout the United States in the 1920’s. The initial investment of the theatre cost nearly three million dollars and was funded by Hollywood based Paramount Pictures. The first tickets sold at the venue cost fifty cents (can you believe that?!). Since then, the theatre has seen numerous owners and has undergone multiple renovations including the most recent in 1995. In the 86 years the Paramount Theatre has been in service, they’ve housed thousands of performers and films, served millions and even managed to survive The Great Depression.

Please meet in front of the main entrance of the theatre – on the corner of 9th and Pine – by 10 am. The tours will last approximately 90 minutes and will be lead by members of our well-versed volunteer staff. -Paramount Theatre

If you’d like to find more information on the theater or the tour schedule, please visit the Paramount Theatre website.

In this article:Paramount Theatre, STG Events