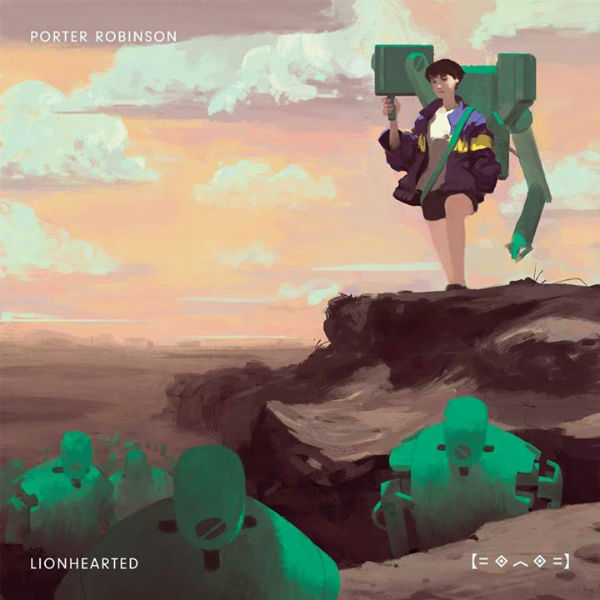 Dance Music Northwest is no stranger to the electronic dance music producer from North Carolina, Porter Robinson. With the highly anticipated release of his newest album, Worlds, we are like every other impatient fan waiting for another beautiful new track. With the dragging release date for the album of August 12th, Porter Robinson has graciously given a closer date to look forward to, dropping his third track from the Worlds album, Lionhearted. Lionhearted is set to be out on June 17th but with any luck, Porter Robinson will gift eager listeners the track early, just like he did with Sad Machine.

Lionhearted will mark the third release in just barely over 3 months. However impatient we might be, an average of one new release a month is realistically, perfect. By the time we have gotten every lyric down and are ready for a taste of something fresh, Porter Robinson has decided to give fans exactly what they want: More new music. Take a listen to one of Porter Robinson’s previous tracks, Sea Of Voices or Sad Machine and see if you can anticipate the feel Lionhearted will bring.

[UPDATE] As we had hoped, an early listen of Porter Robinson’s Lionhearted has been made public. Take a listen and let us know what you think of his newest track!

In this article:Lionhearted, Porter Robinson
Up Next: